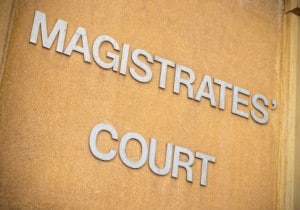 The Ministry of Justice (MoJ) is bulking up the Public Defender Service (PDS) “as a way of breaking the dispute with advocates over fees”, it was claimed yesterday.

The MoJ said last year that it viewed the PDS in part “as a safeguard against market failure”.

The Legal Aid Agency announced yesterday that it has recruited Gregory Bull QC, formerly of top criminal set Red Lion Chambers and leader of the Wales and Chester Circuit until last year, and Alun Jenkins QC from Queens’ Square Chambers.

Hugh Barrett, director of commissioning and strategy at the Legal Aid Agency, said: “I am delighted to welcome Gregory Bull and Alun Jenkins to the Public Defender Service. Appointing two QCs with such strong and experienced track records is proof of the PDS’s continuing commitment to providing a high-quality defence service.”

Law Society chief executive Des Hudson said the move “suggests that the Ministry of Justice sees this as a way of breaking the dispute with advocates over fees.

In his weekly message to members, Criminal Bar Association chairman Nigel Lithman QC said he was “saddened” that some barristers had chosen to join the PDS, adding: “It shows the MoJ will do anything rather than talk meaningfully to us.”

The PDS, which started in 2001 as a pilot, has offices in Cheltenham, Darlington, Pontypridd, and Swansea, having closed four other offices in 2007. Earlier that year, major research found that the PDS offered good-quality advice but at a cost that was far higher than private practice.

In the Ministry of Justice’s most recent consultation paper on legal aid, it said: “We continue to believe that it is important to maintain a role for the PDS because of the part that the service plays in benchmarking; in the development of quality standards in criminal defence work; and as a safeguard against market failure.”