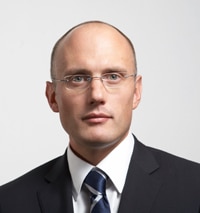 Moriarty: having a law firm website is not innovation

The new government is not keen to extend regulation of legal services, including will-writing, the chief executive of the Legal Services Board (LSB) has warned.

Richard Moriarty’s comments came as he referred to informal Google research by the LSB showing the strength of unregulated will writers.

Responding to a question from a delegate at yesterday’s Westminster Legal Policy Forum on innovation in legal services, Mr Moriarty said the government was “pretty anti” introducing new regulation of legal services.

However, he added: “The point about will-writing is well made and borne out by the research.”

The LSB recommended that will-writing should be regulated in 2013, but the move was rejected by the then justice secretary Chris Grayling. On a show of hands the overwhelming majority of conference delegates at yesterday’s conference backed regulation.

In his conference speech, Mr Moriarty said results of informal research by the LSB showed that when “where to go for legal advice on a will?” was typed into Google, the majority of providers shown on the first page were unregulated.

He said this highlighted the information faced by many members of the public looking for help and the competition among legal services providers. “By our estimate the unregulated sector accounts for some 20%-30% of total sector turnover,” he said.

“This raises questions for regulators about the boundaries between the regulated and unregulated sectors – something that the LSB will be looking at in more detail later this year.”

Mr Moriarty said encouraging innovation was “key” to tackling what he described as the “trilemma” facing the legal services market.

The three challenges were maintaining “appropriate standards that command public confidence”, “tackling unmet need and improving access to justice” and “recognising the constraints on the availability of public funding”.

Mr Moriarty referred to unmet legal need by small businesses, which was the subject of LSB research in 2013, showing, among other things, that half of businesses opted to tackle problems on their own.

“We will repeat our SME survey later this year. But I think it is a safe bet that we will still find that the SME sector experiences significant unmet legal need. The ‘size of the prize’ from innovation that can successfully exploit this is potentially enormous.”

Mr Moriarty referred to research into innovation in the legal services sector carried out by the Enterprise Research Centre at Warwick Business School for the LSB, in partnership with the Solicitors Regulation Authority, and published earlier this week.

He described as “not bad” the “key finding” that a quarter of legal services providers had introduced new or improved services in the past three years.

However, answering a question, he queried whether in the case of some law firms, this could be described as innovation. “Some thought they had innovated by having a website, e-mailing clients or using electronic forms,” he said.

“In any other forum, this would be viewed as catching up with where we are now.”

Mr Moriarty concluded by saying that the LSB had drawn up a paper on the “issues” to be tackled if the government showed an appetite for “grand reform” of the regulatory structure.

He said the paper explored the case for change, including the case for sector-specific regulation and the definition of legal services.

“Different organisations will have different views on the answers to these important questions. The aim of our work has been not to reach agreement on the answers, but at least identify what are the right questions.”