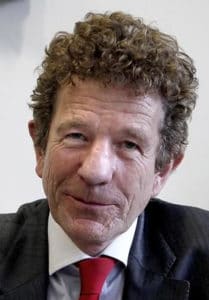 The government is today laying out plans to remove restrictions on alternative business structures (ABSs) on the basis that they have proven no more risky than traditional law firms.

However, it has delayed publication of the consultation on the independence of legal regulators from representative bodies.

In a written statement to Parliament, civil justice minister Lord Faulks said: “The introduction of ABS businesses, particularly those that have access to external investment and business and commercial expertise, has benefited the market more widely.

“Recent research has indicated that ABS firms are more likely to be innovative than other regulated legal services firms.

“These new, innovative providers have increased competition in the market, which we believe encourages a wider variety of legal services in the market that are more accessible and affordable to consumers.”

He said concerns raised about ABSs in the run-up to the Legal Services Act 2007 led to a legislative framework for their regulation that was “more onerous and prescriptive” than that for traditional law firms.

“In practice, ABS businesses have not been shown to attract any greater regulatory risk than traditional law firms and the Legal Services Board (LSB) and frontline regulators suggest that the current statutory requirements act as a deterrent and an unnecessary barrier to firms wanting to change their current business model to a more innovative one, as well as to new businesses considering entering the market.

“The proposals set out in this consultation aim to enable legal services regulators to reduce regulatory burdens on ABS, while taking a more effective risk-based approach to regulation.”

The consultation added: “While individual ABS businesses may fail or have other regulatory issues, this is also the case for traditional law firms. Complaints about ABS businesses to regulators and the Legal Ombudsman have been running at a similar rate to those for traditional firms, and there has been no contrary evidence to suggest that ABS inherently pose greater risks to consumers or the public interest than traditional law firms.”

The key changes recommended in the consultation are:

The consultation is based on reforms recommended by the front-line regulators which the LSB presented to the government a year ago and then taken up in November’s Autumn Statement.

Legal Futures understands that they will in fact be published tomorrow.

“It is not appropriate for a two-partner law firm that wants to convert to an ABS to go through the same process as a global company entering the legal market. These proposals will allow us to be more targeted and proportionate – better able to encourage innovation and choice, while still making sure the public is protected.”

LSB chief executive Neil Buckley added: “We are delighted to see the work we led with the frontline regulators developing these proposals moving forward in this positive way.”

A Law Society spokesman said it supported ABSs but added that “any change must ensure there is a level playing field between ABSs and traditional law firms in terms of regulation and client protections”.

The consultation can be found here. It closes on 3 August and a summary of responses will be published by 26 August.