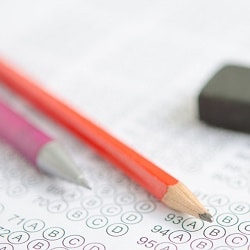 The Government Legal Service (GLS) discriminated against a law graduate with Asperger’s Syndrome by refusing to make reasonable adjustments when she took a test that forms part of the application process for training contracts, the Employment Appeal Tribunal has found.

Mr Justice Kerr said the original employment tribunal (ET) was entitled to find that her condition was the likely reason she did not pass the multiple-choice situational judgment test (SJT), the first stage in what he described as a “fiendishly competitive recruitment process”.

In The Government Legal Service v Brookes [2017] UKEAT 0302_16_2803, the claimant had successfully argued that, because of her Asperger’s, she was unlawfully disadvantaged by the multiple choice method of testing; she said the GLS should have granted her request to answer the questions in the SJT in the form of short narrative written answers.

The ET rejected the GLS’s argument that the difficulties of those with Asperger’s or other autistic spectrum conditions “go beyond the method of assessment and that they lack the necessary analytical abilities, judgement, and the capacity to deal with ambiguity in practice”.

There was no expert evidence to support such an assertion, while the ET also rejected the GLS’s evidence that working as a government lawyer was “unique”; whilst it was clearly challenging, the ET said, so was legal work in other organisations, such as commercial ones.

The ET found that the GLS had indirectly discriminated against Ms Brookes, had failed to comply with the duty to make reasonable adjustments and had treated her unfavourably because of something arising in consequence of her disability.

It ordered the GLS to pay her £860 in compensation and recommended that it issue a written apology and review its procedures in relation to people with a disability applying for employment, with a view to greater flexibility in the psychometric testing regime.

The claimant is now a 33-year-old law graduate from Sussex University. She sat the law course from 2008 to 2012, taking a year out when she gave birth. She was diagnosed with Asperger’s in 2009. When she sat her finals in 2012, adjustments were made. She achieved a 2:2.

The GLS introduced psychometric testing as part of its recruitment process in 2010. Kerr J noted: “Unlike many private sector legal organisations, it is prepared to recruit candidates with a 2:2 degree, but competition for jobs is intense: several thousand applications for about 35 places each year.”

Giving the ruling of the appeal tribunal, he described the ET’s reasoning as “impeccable and beyond reproach”.

The ET’s reasons included that Ms Brookes “fitted the profile of those who would ordinarily be disadvantaged according to both experts [one from each side], albeit that not all would (she lacked social imagination and would have difficulties in imaginative and counter-factual reasoning in hypothetical scenarios)”.

Further, she was “intelligent, resourceful and capable”, was clearly committed to a career with the GLS if she could achieve it, and had experience as a paralegal, “which would have given her experience of practical decision making”.

There was also “no alternative explanation advanced” as to why she did not perform better in the SJT; of the small number of those who had declared themselves as having Asperger’s or another autistic spectrum condition, only one had passed the test.

Kerr J said: “The tribunal was presented with what appeared to be a capable young woman who, with the benefit of adjustments, had obtained a law degree and had come close to reaching the required mark of 14 in the SJT, but had not quite managed it.

“The tribunal was right to ask itself why, and was entitled to find that a likely explanation could be found in the fact that she had Asperger’s, and the additional difficulty that would place her under due to the multiple choice format of the SJT.”

Ms Brookes had not disputed the need for candidates’ decision-making powers to be properly measured, and that the SJT did not need to be scrapped or fundamentally modified; rather the GLS should have allowed a small number of people such as herself, who requested it, to perform the SJT in a different format.