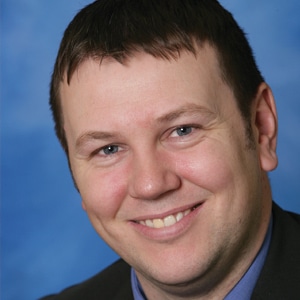 Budsworth: not “professional or ethical” to offer cash promises

The government has gone ahead with its promise to ban personal injury lawyers from offering inducements, such as cash or iPads, to potential claimants by inserting a new clause into the Criminal Justice and Courts Bill.

Justice minister Lord Faulks told the House of Lords that “such incentives contribute to the so-called compensation culture by offering rewards for bringing a claim, regardless of its merits”.

He went on: “Expenditure on these inducements might also have a detrimental effect on the quality of service provided to the client. Furthermore, in a significant number of cases, the client is then denied the money or benefit initially offered because of terms and conditions.

“This practice has no doubt developed because of the excessive legal costs in personal injury cases which have already been addressed by our reforms in part 2 of the LASPO Act 2012, but it is a practice that we need to stop to protect consumers and, indeed, the reputation of the legal profession more widely.”

Lord Faulks said “reputable lawyers” recognised the harm that offering inducements did to their profession and the House of Commons transport committee had endorsed a ban.

“Consequently, these clauses prohibit legal services providers from offering monetary and non-monetary benefits to potential clients as an incentive to make a personal injury claim. They define what is considered to be an inducement and require regulators to monitor and enforce the ban, as breaches of the ban will not be considered as a criminal offence.”

The government’s amendment was agreed, with Labour spokesman Lord Beecham pledging his party’s support for the move.

Craig Budsworth chairman of the Motor Accident Solicitors Society, said: “We’re pleased that inducements to entice someone to claim are finally to be banned. We do not believe that it can be considered professional or ethical to offer cash promises of up to £2,000, shopping vouchers and even free iPads to attract new claimants.”

But MASS said that it was also keen to ensure that some legitimate assistance to claimants can continue to be provided. “Some firms give or lend electronic devices or mobile phones to claimants with complicated claims so that they can keep in regular touch, keep a record of expenses, schedule medical appointments and other related activity. We believe that it would be to the detriment of some claimants if such a practice was caught within a ban on inducements.”

Further, legitimate advances on anticipated damages where there is no dispute on liability and the claimant is unable to work and in financial need must remain permissible, MASS said. “There are also potential issues around what might be considered legitimate benefits, but which are not advertised, such as discounted success fees, free ATE insurance, offering to fund disbursements win or lose.”

Despite pressure from large numbers of personal injury lawyers, and the fact that the government banned claims management companies from offering inducements more than a year ago, the Law Society and the Solicitors Regulation Authority have opposed banning inducements.