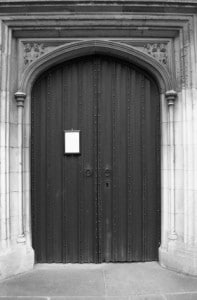 Eton: does reliance on students educated at public schools close the door for the state-educated?

Universities minister David Willetts has expressed interest in aptitude testing as a way to address “inequities in earlier educational experience” for those looking to enter the professions, it has emerged.

The news comes as a survey released today shows that having a public school education makes it seven times more likely you will become a legal professional than if you are state-educated, while Legal Futures can also report that the Legal Services Board (LSB) is leading on the creation of a ‘social mobility toolkit’ for use across the professions.

The survey, by legal recruiters Laurence Simons, analysed the profiles of 49,600 legal professionals working in London using the business networking website LinkedIn. It found that 7,200 (15%) of them had been educated at one of the UK’s 250 public schools. Just 2% of the general population went to a public school. And it warned that the legal profession is becoming more elitist than ever.

The findings reinforce the conclusions of research into diversity in the legal profession, commissioned by the LSB and published last month (see story). LSB researchers suggested that the ‘social capital’ which flows from going to the right school can determine whether doors open to a career in the law.

LSB chief executive Chris Kenny reported to his board recently that Mr Willetts has “a strong personal interest in non-graduate routes to profession, aptitude testing to address inequities in earlier educational experience, fairer access to internships and independent careers advice”. It came at a meeting between Mr Willetts and the executive committee of the Gateways to the Profession Collaborative Forum, which is taking forwards the findings on the Milburn report on fair access to the professions.

The Bar Standards Board is already piloting aptitude testing for entry on to the bar professional training course, while Legal Futures broke the news that the Law Society is investigating the possibility of introducing a test for the legal practice course (see story).

The toolkit has been developed by the sub-group of the forum that Mr Kenny chairs, which is tasked with examining how regulators can embed diversity into their strategy and reporting. He reported that it has received “a degree of support from professional bodies and regulators involved in the forum – although this has only been backed with a firm offer of a funding contribution in two cases. We will consider with colleagues from the Department for Business, Innovation and Skills whether other sources of funding can be found to enable the project to go ahead”.

Laurence Simons ascribed the disproportionate presence of public school-educated lawyers to several factors, such as the consolidation of legal jobs in the south-east and London, where the cost of living is a barrier to poorer candidates. But the most significant barrier to the state-educated is the demise of grammar schools and a decline in academic standards in the state sector, said the company. It highlighted the fact that in the late 1980s, when the last generation educated at grammar school were entering employment, 10% fewer barristers and 15% fewer solicitors were privately educated than in the early 2000s.

Laurence Simon director Jason Horobin said: “The figures paint a disturbingly regressive picture of the opportunities open to those wishing to get into law. Social exclusivity is rife in the industry… As far as a candidate’s prospects as a lawyer are concerned, the ability of a student’s school to propel him or her into the best universities will directly affect their employability later on.”

He continued: “With 53% of magic circle solicitors and 82% of barristers having been educated at Oxbridge, there is a clear link between competitiveness when entering higher education and the ability to achieve a legal career after university.”