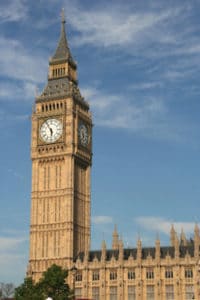 Parliament: Government pushes back against amendments

The government stood firm on its proposed whiplash reforms yesterday despite criticism from peers, on the first day of the Civil Liability Bill’s committee stage in the House of Lords.

Though dozens of amendments were put down, none was pushed to a vote – most were ‘probing’ amendments aimed at eliciting more detail on the government’s thinking, but may well be revisited at the bill’s report stage.

There was strong support for putting the definition of ‘whiplash’ on the face of the bill, rather than in secondary legislation, where the government says it will be easier to amend as needed.

But former justice minister Lord Faulks came to his old ministry’s defence. “We do not want to pin down a definition of whiplash injuries and the nation’s necks appear to improve, only for its lower backs to deteriorate, and suddenly we are invited to consider claims in which, as a result of some movement of the thorax, lumbar or cervical regions in an accident, all the symptoms are referable to the lower back, which is outside the definition and would be equally difficult to prove or disprove,” he said.

“I therefore counsel the House to use caution in saying that we must pin down the definition. As legislators that is of course desirable but we want to help the government to deal with this problem.”

His successor as the Ministry of Justice’s spokesman in the House of Lords, Lord Keen, acknowledged that peers only this week saw the proposed definition in a draft statutory instrument.

He said: “At the end of the day, the detailed definition of whiplash injury will need to reconcile the current legal understanding with an accurate medical definition covering both injury and symptoms.

“Our aim is to achieve that objective, but to what extent we achieve it by incorporating the definition in the bill is not a matter on which I would take a final position.”

He rejected an amendment to remove the back and shoulder from the definition, saying it would “significantly reduce” the number of claims subject to the bill and “encourage claims displacement into other areas to avoid them being subject to the tariff. That would be a serious issue”.

Lord Keen said the definition has been adapted from that in the pre-election Prisons and Courts Bill “following feedback from stakeholders that the definition in the latter bill was not broad enough to capture the intended claims”.

Conservative Lord Trevethin and Oaksey, a professional negligence QC, warned of the need for a tight definition.

“It is easy to foresee that, when the bill passes into law, as it probably will, there will then develop heavy tactical warfare between those acting on the claimant’s side and those acting on the defendant’s side, which will be focused on the precise wording of the definition.

“If there is undue looseness in the definition, that warfare will clog up the courts and be generally undesirable.”

Leading insurance solicitor Lord Hunt, a partner at DAC Beachcrot, noted that he had received “copious briefings from vested interests who are completely opposed to any whiplash reform on the basis that it threatens access to justice for injured people”.

He added: “A lot of these briefings come from companies with a commercial interest in the presentation of these claims. I think that the threat is more to their income and profits than they are prepared to admit.”

He did not, however, acknowledge the benefit that insurance companies would receive from the bill.

“The action that the government need to take must be radical but also fleet of foot,” he continued.

“That is the key to understanding why the majority of the measures are subject to regulations. It is also essential that this bill does not stray into narrow, overly medical or overly legalistic terms that are easily circumvented.”

Liberal Democrat frontbencher Lord Sharkey repeatedly asked Lord Keen to outline the evidence that sat behind the figures in the new compensation tariff, but did not receive a satisfactory answer.

He replied: “I understand that noble Lords feel that the proposed tariff amounts are too low, but we continue to be concerned about the high number and the high cost of these claims in general, and the impact of that on the consumer.

“Therefore, we have to take a policy view as to how we can disincentivise not just fraudulent claims but what I would call unmeritorious claims—very minor and exaggerated claims.”

This was also why non-motor vehicle road users would be exempted from the bill but not from the parallel increase in the small claims limit.

“Our reason for increasing the small claims limit for road traffic accidents in general is not limited simply to the view that that is a means of dealing with the whiplash claims culture,” Lord Keen said.

“It reflects a wider view that low-value road traffic accident claims can appropriately be dealt with in the small claims track.”

Lord Keen also rejected calls for judges to set the compensation levels: “Again, I want to emphasise that this is essentially a matter of policy to deal with a very particular problem.

“It is a political decision; it is not one that we consider is for the judges; it is one that is ultimately for the Lord Chancellor to deal with in his capacity as a minister.”

Reducing the severity of injuries covered by the tariff from those lasting two years to one, Lord Keen said this too could cause “claims displacement or claims inflation”.

He continued: “Having an injury duration of up to two years will ensure that genuinely injured claimants seek timely treatment for their injuries, as well as enabling the government to reduce and control the level of compensation in whiplash claims and consequently – as is one of the objectives – reduce insurance premiums for consumers.”

But Conservative Baroness Berridge, a former barrister, said: “It is a high burden on your Lordships’ House to ensure that the bill hits the target of fraudulent claims as accurately as it can without the shrapnel hitting genuine claimants.

“Fundamentally, someone with a bruised knee… may find themselves with more compensation when assessed under Judicial College guidelines than someone who has genuinely incurred a potentially six-month whiplash injury…

“The important reason to reduce the scope of the bill to a year is that the overwhelming majority of whiplash cases, even including those that the insurance companies maintain today are fraud or suspected fraud, are resolved within a year.

“However, a bulk of cases – 15% – last longer than that, and of those there are about 5% where someone has a long-standing chronic condition as a result of the whiplash injury…

“If we reduce the scope of the bill – the government’s stated intention relates to minor injuries and fraud – down to one year, it would give protection to those people who, hopefully, if they were advised properly, would wait to settle their claim to ensure that their symptoms had resolved.”

Lord Keen did, however, appear to acknowledge concerns that more needed to be done to hold the insurance industry to account for its promise to pass on any savings to consumers through lower premiums – various amendments sought regular reviews.

“I hear the message from around the committee about the need to put further discipline in place with regard to these savings, and that is a matter that we will consider,” Lord Keen said.

“As I say, I appreciate what is intended here. The question is how we can effectively bring that about. We have to remember that the insurers are regulated by the FCA already. Oversight is in place with regard to their conduct.”

A few peers questioned the whole basis for the bill. Lord Sharkey noted that “some care” had been taken in the impact assessment and second reading of the bill to avoid using fraudulent claims as the main reason for it.

“However, I note that today the minister seems clear that this is in fact the main driver. As we noted at second reading, claims about the incidence of fraud are highly contested. Is there in fact a reasonable and properly evidenced consensus about the extent or cost of fraudulent or exaggerated claims? I worry that there is not…

“Why punish these people and reward motorists for an unquantifiable, or at least unquantified, number of fraudulent or exaggerated claims?

“The second market failure is alleged to be that of perverse incentives. This refers to legal fees. The government claim that if legal fees were not recoverable or were less recoverable, this would bring down the number of claims.

“So it might, but would this be reasonable? In any case, this alleged saving is by no means the major element in the transfer of funds away from claimants.”

Lord Keen, however, was unequivocal. “Let us be clear. More than 80% of road traffic injuries are allegedly whiplash-induced injuries. The vast majority of all personal injury claims are whiplash claims.

“As some people have said, an industry is going on. As others have suggested, there is a racket. We have a claims culture that has built up—I attribute no blame to any one party; all sides involved have contributed in one way or another to the ballooning of the claims culture.

“The time has come—indeed, the time may be almost past—when we need to address it as a political issue.”