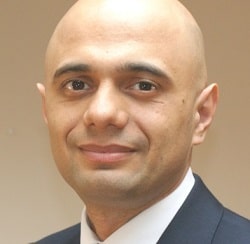 Javid: Cusp of a digital revolution

A ban on estate agents charging solicitors referral fees along with loosening the restriction on conveyancers acting for both seller and buyer were suggested by the government yesterday as possible reforms to improve the home-buying process.

It also said it wanted to look at how competition in the conveyancing sector could be improved.

And while the call for evidence issued by communities secretary Sajid Javid said a revival of home information packs was not on the agenda, it did raise the possibility of requiring sellers to put some information together in advance to help make a home “move ready”.

Mr Javid said: “We are not looking to rip up the existing system and start again. The current process has evolved over centuries, and is shaped to the way in which we buy and sell.

“But that does not mean we shouldn’t make common sense improvements, or indeed look at more ambitious change where it is warranted.

“It is also evident from talking to those involved in the process that we are on the cusp of a digital revolution which will allow us to replace the current largely paper-based approach to buying and selling.”

A poll of 2,000 people carried out to inform the call for evidence found those experiencing delays tended to hold the other party’s solicitor or licensed conveyancer responsible.

Issues with the lawyers was cited as the main cause of complication in the process, while faster service from their lawyer was the main improvement buyers and sellers would like to see to the process.

At the same time, 85% of buyers and sellers declared themselves satisfied with their solicitor or licensed conveyancer, although buyers gave higher ratings to their surveyor, mortgage lender and even local authority in providing searches.

The Department for Communities and Local Government (DCLG) acknowledged “the work of the Conveyancing Association, HM Land Registry and others to improve the conveyancing process and make more data available. But we think there is scope to go further”.

Such evidence as existed suggested around a quarter of transactions failed, at a cost of up to £750 on each side, it said.

“Given the number of transactions each year, this could amount to hundreds of millions of pounds spent on failed transactions – we would like to reduce that waste.

“We would also like to address concerns about how the process operates, including standards and regulation of estate agents, modernising the conveyancing process, mortgages, and particular concerns around buying leasehold and new build properties.”

Turning to delays, the call for evidence said: “We know that there are sometimes delays in obtaining the results of local property searches and that this can slow down house purchasing.

“We believe that this is an area where there is real scope for innovation, whether it is through tying certain searches which do not change from one transaction to another to the property title to create a ‘property passport’, or through better use of insurance…

“We also want to use this call for evidence to explore how competition in the conveyancing sector could be improved, for instance allowing conveyancers to signal their level of customer service, speed and efficiency to the market.”

There was no recognition of the work being done to increase transparency in the legal market following last December’s report by the Competition and Markets Authority.

One of the questions that flowed from this discussion was whether there would be “an advantage to encouraging buyers and sellers to use the same conveyancing provider? If so, how could it work, without creating conflict of interest problems?”

Though solicitors are currently banned from acting for both, licensed conveyancers are not, subject to there being no conflict of interest and both giving written consent.

The DCLG said it wanted the official search and conveyancing stages of the home-buying process to be as consumer friendly as searching for a house now is, thanks to the internet.

“We are aware that there are some firms which offer an online conveyancing service and that there are a number of initiatives already being pursued in both the private and public sectors which could help to facilitate e-conveyancing.

“To provide a firm foundation for a digital revolution in conveyancing, the government will continue to work with HM Land Registry to explore how data on property, such as leases, restrictions, covenants and easements, can be made available more easily.

“The government believes that this will improve the transparency of the purchase process and allow the private sector to create innovative ways to use this information.”

Though the government “has no intention of reintroducing home information packs or requiring sellers to undertake expensive and unnecessary extra work before they market their home”, it said there were “standard legal forms which are completed by the seller as soon as they accept an offer”, such as the property information form and details of the lease, if appropriate.

“The government believes that providing buyers with this type of information before an offer is made will help to make a home ‘move ready’. This will allow interested purchasers to make a better informed decision about whether or not to proceed, which may reduce the risk of buyers pulling out at a later stage.”

The DCLG said it also wanted to look at ways to tackle gazumping, along with schemes such as ‘lock-in agreements’ to build trust and confidence between parties.