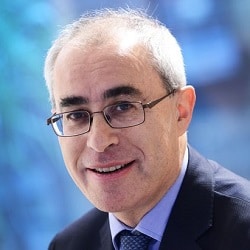 The Courts and Tribunals (Online Procedure) Bill had its first reading in the House of Commons yesterday after the government added further protection for those unable or unwilling to use online processes.

The bill lays the legal groundwork for online courts and tribunals, and opposition and crossbench peers strongly welcomed amendments laid the government during its third and final reading in the House of Lords, one of which makes provision for users to choose a paper option at any time throughout their proceedings.

Lord Keen, the Ministry of Justice’s spokesman in the House of Lords, said: “Our system must be accessible and useful for everyone, and with the bill as drafted I now think that we have achieved that.”

The amendments, he added, “also underline our intention that users who might otherwise be digitally excluded must have appropriate and proportionate support to assist them to access the electronic services that will underpin the new online procedure”.

One of the main voices behind calls for greater clarity on these issues, Liberal Democrat Lord Beith, said: “I suspect that this is a minority and even a generational thing. When people like me have ceased even to think of engaging with court cases, or are lying beneath the ground, everybody will be online—but that is certainly not the situation at the moment.

“We do not want the law to be blind to the concerns of those for whom this is a very new kind of proceeding, and one for which they do not have the necessary skills or experience, particularly when dealing with something as difficult as a legal case.”

Crossbencher Lord Pannick highlighted that there remained “one contentious issue” that would now be considered in the Commons – new provisions inserted in the bill at report stage following amendments pressed by former Lord Chief Justice Lord Judge.

These widened the areas where the Lord Chancellor would have to seek the concurrence of the Lord Chief Justice before taking actions in relation to the online court and its rules.

Lord Pannick said: “I very much hope that the minister will be able to use his good efforts to ensure a satisfactory resolution of that issue.”

Lord Keen replied: “The term ‘satisfactory resolution’ is of course open to interpretation. I observe merely that the extent of permanent constitutional reform anticipated by some of the amendments that passed may not be as great as the noble and learned Lord anticipates.

“However, we wait to see the reaction in the other place.”