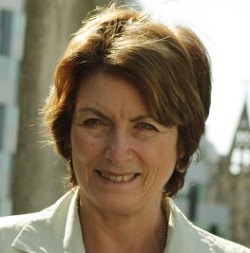 Department for Transport (DfT) statistics show that the government is using “misleading” figures on the number of injuries caused road traffic accidents (RTAs) to push forward its persona injury reforms, undermining one of the key arguments for them, the Motor Accident Solicitors Society (MASS) has claimed.

It said the figures, provided in Parliament in response to a question by Louise Ellman MP, chair of the transport select committee, estimated that around 500,000 road traffic casualties go unreported to the police.

The figures were based on hospital admissions and other collected data. They estimated that between 2011 and 2015, around 460,000 ‘slight’ injuries per year went unreported to the police, with around 60,000 serious injuries from RTAs also going unreported.

However, MASS said the MoJ and supporters of the proposals “have chosen to focus on reported accidents only and have regularly used the false argument that whilst accidents have declined by 26% since 2006, claims have gone up by 50%”.

MASS chair Simon Stanfield said: “It is hugely disappointing that the Ministry of Justice has adopted the tactic of selectively using DfT data to try and justify its attack upon the rights of motor accident victims. The DfT’s best estimate is that there are around 710,000 people injured on our roads each year, but MoJ have cherry-picked the figures to suit their agenda.

“What we need is evidence-based policy to tackle the issues in the claims sector, not continued attempts to ignore the evidence of the number of road casualties to suit its policy agenda. With the evidence now before Parliament in black and white, the MoJ must now acknowledge that its evidence base for these proposals is seriously and perhaps fatally flawed.”

Leading claimant lawyer Donna Scully, a partner at Carpenters, said: “This is important. The MoJ cannot bury its head in the sand and ignore half a million RTA casualties that go unreported each year.

“Using the DfT figures, there will still be 700,000 or so road accident casualties even after the government’s reforms. These are real people that will still need insurers and lawyers to look after them.”