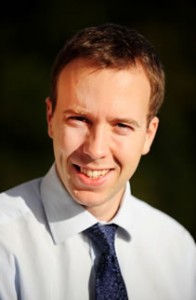 A new route into the legal profession is launched today in a bid to improve access and diversity in the law.

The Level Four Higher Apprenticeship in Legal Services is designed to help firms recruit a new breed of talented paralegals via a vocational pathway as opposed to the more traditional graduate entries.

The qualification is aimed at the personal injury, insolvency and debt recovery, and commercial litigation areas of the law and has been developed by Skills for Justice, the Chartered Institute of Legal Executives (CILEx) and Damar Training.

National firm Weightmans has already signed up and pledged to recruit four apprentices at Level 4 – the first such vacancies in the UK.

Government skills minister Matthew Hancock said the scheme would help address skills shortages and get more people into work through an alternative route. It is co-investing alongside employers to support training costs and the apprenticeship can also be used to ‘upskill’ existing employees.

The apprenticeship is the equivalent of the first year of a university degree and offers a path to becoming a qualified paralegal with the possibility to progress further towards chartered legal executive status.

Alan Woods, the chief executive of Skills for Justice, said the new apprenticeship would help “professionalise” the role as the number of paralegals employed by firms is expected to rise by 18% over the next four years.

He added that the option would improve diversity and provide “full recognition and parity can finally be given to an essential part of the workforce that has been lacking for so long”. Mr Woods said: “Most importantly they dramatically increase opportunities for young people to develop fantastic careers in law. Firms in the legal services industry are missing a trick if they don’t explore new ways of recruiting staff and developing skills.”

The firm said the success of its programme showed that some of the best potential lawyers can be found straight out of school.

And to complete the pathway is the development of a Level 3 Advanced Apprenticeship which is due to launch in the autumn. Delivered by Skills for Justice in partnership with CILEx and the College of Law, it will enable employers to offer further training to their legal support staff, including paralegals.

Weightmans is creating two new positions and recruiting a further two internal candidates for its four Level 4 apprenticeships. They are expected to join Weightmans’ Liverpool office in May.

Sarah Hardy-Pickering, learning and development manager at the firm, said the route into law has been “too narrow for too long” and that apprenticeships will prove a popular initiative.

She said: “Increasing university fees may be a deterrent to some young people who have the potential to become excellent lawyers. These new apprenticeships give them a chance to work towards that dream career they thought out of reach.”

David Way, chief executive of the National Apprenticeship Service, said: “This Higher Apprenticeship will also enable legal firms to diversify their workforce and to attract and invest in talented young people. At the same time it will provide young people with a nationally recognised work-based route into a profession that that has traditionally been the preserve of graduates.”

The launch today, hosted in the City of London by Herbert Smith Freehills, will be followed by a breakfast reception tomorrow morning at the House of Lords hosted by the president of the Supreme Court, Lord Neuberger.