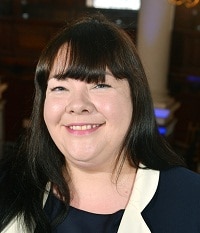 The Department for Business Innovation and Skills (BIS) has approved the standards for new legal apprenticeships, allowing young people to qualify as solicitors, chartered legal executives, licensed conveyancers and paralegals through workplace-based training.

The minimum entry requirements for the solicitor apprenticeship are five GCSEs, including maths and English, and three A Levels at grade C or above, and/or work experience.

The process would take five to six years unless the apprentice had an exemption, for example a law degree or other relevant qualification.

The publication of standards by BIS means the government’s Trailblazer Apprenticeships in Law programme can move on to its next consultation stage, where curriculums and assessment are finalised.

Vicky Purtill, head of qualifications at the Chartered Institute of Legal Executives, said the Trailblazer framework would enhance the “profile and scope” of apprenticeships.

“The current apprenticeships in legal services will remain as they are until the new framework, which is likely to be launched next year, is in place.”

Sheila Kumar, chief executive of the Council of Licensed Conveyancers, said: “With the recovery of the housing market, it is important that there is a reliable pipeline of talent entering the profession with rigorous qualifications based on great education and training to the highest standards.

“The creation of the new qualification of ‘conveyancing technician’ is a response to demand from employers and those developing legal careers.”

Paul Philip, chief executive of the Solicitors Regulation Authority, said he was pleased that the government had approved the Trailblazer standards. “The Trailblazers initiative promotes the aims we are pursuing separately in our Training for Tomorrow agenda to enable more flexible routes to qualification as a solicitor, while retaining robust standards.”

The second phase of the Trailblazer scheme was launched in March.