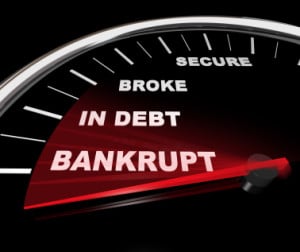 The government has agreed that insolvency practitioners should no longer be regulated by the Solicitors Regulation Authority (SRA).

The SRA changed its rules on 1 November 2015 and has not charged solicitors the additional fee for regulating them as insolvency practitioners since then.

Ministerial approval makes the change permanent by ending the role of the Law Society as a recognised professional body under section 391N of the Insolvency Act 1986.

A statutory notice published this week said an order implementing the move would take effect on 15 April 2016.

Anna Soubry, minister for small business, industry and enterprise, approved the request from the society, on behalf of the SRA.

The notice said a reduction in the number of regulators would promote “consistency and efficiency” and “could reduce the overall cost of regulation which would ultimately benefit creditors”.

Ms Soubry said the society/SRA had put in place arrangements for insolvency practitioners to be regulated by other organisations and “that regulation is likely to be more effective”.

She said the change was “consistent with the objective of ensuring regulatory activities are transparent, accountable, proportionate, consistent and targeted”.

The SRA launched a consultation on whether to stop regulating around 120 solicitors who act as insolvency practitioners in November 2014. The consultation generated only 17 responses, most of whom opposed the move.

Nevertheless, the SRA’s board decided in March last year to go ahead with the rule change on 1 November 2015.

Crispin Passmore, SRA executive director, said: “Insolvency practice is not integral to the services provided by solicitors, so there is no case for us to regulate in this area. It’s also in the public’s interests for solicitors providing insolvency services to be regulated by the recognised professional bodies with specialist expertise in insolvency practice.”

The SRA said solicitors could be regulated by the Institute of Chartered Accountants in England and Wales or the Insolvency Practitioners Association.