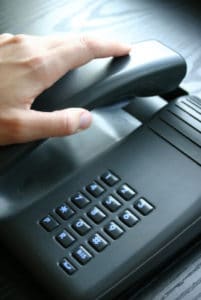 The government has agreed to further talks with the Labour opposition about the nature of the proposed ban on cold-calling by claims management companies (CMCs).

The Financial Guidance and Claims Bill had its twice-delayed report and third reading earlier this week with the two sides yet to agree on whether the government’s proposed ban goes far enough.

The clause the government inserted during the bill’s committee stage prohibited live unsolicited direct marketing telephone calls in relation to claims management activities, except where the recipient has given explicit consent to receiving such calls.

Labour put forward an alternative, seemingly more extensive, ban supported by the likes of the Association of Personal Injury Lawyers and Association of British Travel Agents.

During the debate, Labour frontbench spokesman Jack Dromey called for a total ban on cold calling. “Around 51 million personal injury-related calls and texts are sent by regulated claims management companies each year. The Association of Personal Injury Lawyers has long called for a ban on personal injury cold calls from CMCs, especially as solicitors themselves are already banned from cold calling.

Labour MP Ruth George added that PI cold calling by CMCs “would be a far more effective method of reducing costs for insurance and personal injury than the government’s proposals… to limit the injury compensation due to innocent victims, as well as to those who are not innocent”.

With time at a premium in the debate, Mr Dromey said he would not press Labour’s amendments if the government was prepared to discuss the issue before the bill concluded its passage through Parliament.

Treasury minister John Glen said they would “continue to have a meaningful dialogue on the outstanding concerns that exist between us”.

The bill enters the ‘ping pong’ stage next week, during which the differences between the bill agreed in the House of Lords and the one passed by the House of Commons are sorted out. This will be the last opportunity to amend the cold-calling ban.