Government accused of “pulling its punches” over PI cold-calling ban 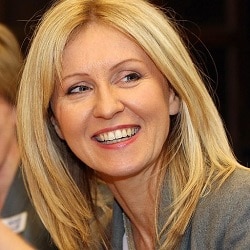 The government was accused yesterday of “pulling its punches” and “shilly shallying” over introducing a ban on cold-calling for personal injury (PI) claims.

The comments came after work and pensions secretary Esther McVey appeared to fudge the commitment the government had given in the House of Lords.

She was speaking during the second reading of the Financial Guidance and Claims Bill.

The bill originally banned cold-calling just in relation to pensions, but during its passage through the upper house, the government performed a surprise u-turn and decided to add a ban on cold-calling by claims management companies to its provisions.

The bill also transfers regulation of claims management companies from the Ministry of Justice to the Financial Conduct Authority.

There was widespread support from MPs across the House for a ban on cold-calling in PI, but initially Ms McVey only talked about the pensions ban, even when asked by Labour’s Andy Slaughter, a former shadow justice minister, about the wider ban.

Then, when listing the amendments made in the Lords that she welcomed, she did not mention the PI ban.

Eventually, after being pressed by SNP consumer affairs spokeswoman Patricia Gibson, Ms McVey said: “We are of course looking at pensions today, but other rules, regulations and laws are in place to protect people from unsolicited, unwanted cold calls and the Department for Digital, Culture, Media and Sport is at the moment looking at how to strengthen them further.”

Conservative Chris Philp – the most outspoken backbench supporter of PI reform more generally – asked her to clarify whether the powers to prohibit cold calling “will apply not just to financial guidance but to claims management companies”.

Ms McVey replied: “That is our intention and that is what we will do, but those finer points will be worked out by the body [the Financial Conduct Authority] as it works responsibly on behalf of UK citizens…

“The government have been clear that we will not stand for unlawful, persistent cold calling made by companies in the claims management sector. Cold calling is already illegal under certain circumstances.

“Under the privacy and electronic communication regulations, we have forced companies to display their numbers when they call, made it easier to take action against those involved in making the calls, and strengthened the powers of the Information Commissioner Office to impose fines.

“The Department for Digital, Culture, Media and Sport is currently working through the details of an amendment to prohibit CMCs from making live, unsolicited calls unless the receiver has given prior consent.

“That step, combined with the government’s previous actions in this area, should act as a warning to those acting unlawfully that we will not rest until the problem has truly been eradicated.”

Conservative Neil O’Brien recounted a letter from a constituent that said the Telephone Preference Service did not work. He asked: “Will [she] both maximise the scope of the bill and encourage the regulator to clamp down hard on that kind of behaviour?”

Ms McVey replied: “The maximum penalty for breaches will remain the same; that is up to half a million pounds. We must make sure that people do not abuse the system, which is why, particularly in this bill, we are looking at ways to ban pension cold calling.”

Mr Slaughter had one final go, saying: “I sense some puzzlement on both sides of the House that the government are pulling their punches on cold calling. There is to be greater regulation; that is to be extended in some areas.

“Apart from the cold callers themselves, the consensus is that this should be banned. That includes claimant organisations such as the Association of Personal Injury Lawyers. Why will the government not undertake now to ban spam texts and cold calls?”

Ms McVey said: “We have brought that forward. That will be for this bill. For pensions, there will be a ban. It is about working out how that is done, how we deliver it and how it is possible, but that is the intention.”

Later in the debate, Ms Gibson said: “If we are banning cold calling to protect people’s pensions, that is an admission that cold calling is a problem. If it is problem with pensions, it is a problem for all consumers in all areas.