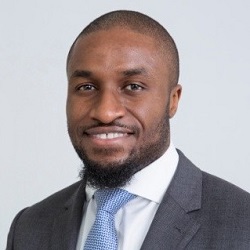 Emelifeonwu: Much more appetite for Define

A contract drafting and review business founded by former Freshfields associates is one of 30 companies to receive funding from the Google for Startups inaugural European Black Founders Fund.

Co-founder Nnamdi Emelifeonwu said the “unprecedented environment” created by the pandemic had led to “much more appetite” for Define’s software.

The business has doubled in size over the past year, with revenue “growing exponentially”.

Mr Emelifeonwu said that only two years ago he was working by himself at Define, which allows users to access and edit defined references in legal documents without losing context.

Define is based at Allen & Overy’s London offices in the law firm’s Fuse innovation space, with technologists based around the world in Sweden, New York, Lithuania and Belarus.

The Google recognition provides a cash award of up to $100,000 and up to $220,000 in advertising and cloud credits; the solicitor said he would use the money to increase the size of his team to 20 by the end of the year.

The lawyers working for Define include former commercial solicitors while technologists were “rock star engineers” from leading universities around the world, Mr Emelifeonwu said.

He admitted he was “a bit nervous” when the pandemic arrived, but after a month of readjustment it was “business as usual”.

Define’s first financial year coincided with the pandemic and it had performed above expectations, with income hitting six figures.

Mr Emelifeonwu came up with the idea while during his time in the banking department at Freshfields as a trainee solicitor.

“Quite sure” that he did not want to do law long-term, he “became fascinated” with how a visually impaired colleague and friend, associate Feargus MacDaeid, used his computer to draft and review contracts.

He and Mr MacDaeid, co-founder of Define, came up with a “perfect solution” which avoided “navigating to and fro”, losing context and requiring the brain to memorise information.

Mr Emelifeonwu said being part of A&O’s Fuse programme had been a great help, allowing the firm to run its first pilot and get access to firm’s lawyers and clients.

He said Define has raised over £1.5m so far in funding from a venture capital company and private investors and was planning another funding round.

Mr Emelifeonwu added that when he started his career as a lawyer in 2013, legal tech did not really exist and it was “only in the last few years” that it had really taken off.

“Whenever anything new starts, people talk about hype, but the experience of the last 18-24 months shows that legal tech is here to stay.”

In a separate development legal database Libryo has closed its latest funding round at £1.35m.

The funding round was led by Future Energy Ventures and supported by a range of existing and new investors, including the UK government’s Future Fund and Nextlaw Ventures, part of global legal giant Dentons.