Google: two million legal searches made every day in UK 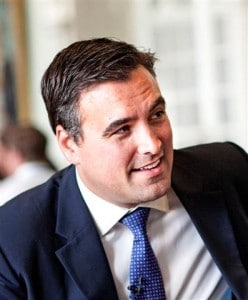 Lowe: firms should challenge themselves on basics

Two million online searches on legal subjects are made every day in the UK, according to a senior Google executive, who went on to advise lawyers that their future clients would increasingly be reached through video and mobile technology.

Alex Lowe, a digital marketing expert and Google’s industry head – classifieds, told this week’s Legal Futures‘ NatWest mmadigital FROM CLICK TO CLIENT conference that  consumers were becoming a “new breed” who had a “voracious appetite” for video.

Meanwhile, 35% of all legal-related searches were being made from a mobile phone or a tablet device, meaning that law firms needed to ensure their websites were responsive to mobile devices, or “you are only hitting two out of three customers”.

Firms should meet consumers’ desire for more video content, he recommended, revealing that 12bn online videos are watched every month in the UK. Existing video materials could be adapted for advertising use on Google-owned YouTube. Increasingly, younger technology users preferred doing searches using YouTube rather than Google itself.

Mr Lowe suggested that firms could consider using YouTube, for example, to “reassure” consumers about aspects of their interactions with lawyers, such as “how intimidating it might be to take legal advice for the first time”, and what sort of information a client might be expected to provide.

He explained that advertisers with YouTube only had to pay if a viewer watched at least 30 seconds of an advertising video. But if they wanted to avoid YouTube users clicking on the ‘skip ad’ button, they had to put something in the first five seconds “that’s really going to make them want to stay”.

In advice to lawyers on what mistakes to avoid, he said there was “a shed-load of data out there and because there’s so much, I think we miss it”. There was an “enormous” amount of information available on a firm’s advertising activity; “what’s working and what isn’t working”. For instance, once consumers visited its website, it was possible to see what they were looking at and “most importantly, when they are leaving” – and to where.

“This is fantastic insight which you’d never get to see outside the digital world that really helps you drive change within your products and services,” he said. Reacting to customers’ behaviour need not involve drastic change. On the contrary, he advised: “It’s not about revolutionary changes to your site, it’s just about carefully looking at the data and making tweaks and changes accordingly to optimise [it].”

Mr Lowe recommended that firms challenge themselves and question “are we still doing things the way we do them for any good reason?”, adding: “It may be the best way of still doing it – there’s lots of things that are absolutely necessary, so it’s not about throwing the rulebook up in the air and starting again. But it’s a nice opportunity to look a second time at everything that you do, and decide whether there is not a more efficient and effective way of addressing it.”

In an entertaining talk, to illustrate cutting edge uses of technology Mr Lowe described digital advertising techniques being used in the retail world. These included a campaign to ‘hijack’ young consumers from competitor shoe stores.

Using GPS tracking technology, each time a target consumer entered a rival store, a notice was triggered and a promotional offer sent to their mobile phone, offering a discount on products that started at 99% and decreased by 1% every second that went by before they reached the other store.

The conference watched a video showing young people racing across shopping centres to reach stores in time to claim their discount. The record-breaking discount was 89% and more than 600 customers were ‘hijacked’ from competitors in a week.