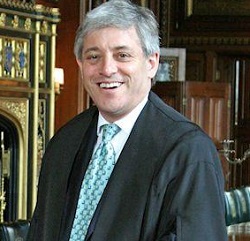 There was good and bad news from Parliament yesterday for opponents of the Civil Liability Bill as its consideration by MPs was delayed but chances of it being amended receded.

Publication of the business to be debated in the House of Commons before the summer recess on 24 July did not include the bill, meaning that its passage through the Commons will be delayed until at least September.

The Commons resumes on 4 September, but rises again on 13 September for the party conferences. It returns on 9 October.

With the government hoping to implement the reforms in April 2019, the timetable for hitting that date will only get tighter the longer it takes to get the legislation through, after which secondary legislation and changes to the Civil Procedure Rules will also be required.

Andrew Twambley, a spokesman for campaign group Access to Justice (A2J), said: “Given these reforms were first announced in November 2015, we have faced nearly three years of uncertainty.

“What is also becoming clear is that implementing a new online claims process for litigants in person is hugely complex, especially for cases where liability is denied, and may eventually cost more than the savings the reforms are meant to achieve.”

In April, we reported one leading claimant solicitor working with the Ministry of Justice on the new portal as predicting that it would not be ready until October 2019 at the earliest.

Mr Twambley added: “We hope to use these next few months to point out to ministers that there are better ways – such as the recommendations in the justice select committee whiplash report – to strike the right balance between reducing frivolous claims and making sure injured people continue to have protection.”

Opponents have been hoping that the government’s delicate parliamentary arithmetic could make it easier to secure changes to the bill in the Commons, but the speaker of the House, John Bercow, issued a certificate yesterday confirming that it would proceed under the ‘English votes for English laws’ (EVEL) procedure.

This means the Scottish and Northern Irish MPs will not be able to vote on the bill.

In a blog, Alistair Kinley, director of policy and regulatory affairs at leading defendant law firm BLM, wrote: “Under EVEL, the Conservatives’ English & Welsh total of 305 MPs represents a working majority of the 573 English & Welsh MPs who may vote on these measures.

“That puts what is a minority national government in a rather stronger position to push EVEL-certified legislation through the Commons.”

He predicted that the next major event would likely be the government’s formal response to the select committee’s highly critical report on increasing the small claims limit.

The progress of the Civil Liability Bill, and its impact, will be debated at PI Futures on 18 September in Liverpool. Click here for more information and early bird tickets.