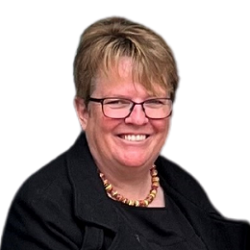 Paula Cameron, FJG’s chief operating officer, said that following the purchase of Steed & Steed, a firm with an office Essex and another in Suffolk, FJG was looking for more acquisitions in the area.

Blixt, majority owner of FJG since last summer, aims to create six or seven more regional “hubs” across England and Wales. Ms Cameron predicted that one, if not two, new hubs would be announced before the end of this year.

“There are numerous conversations going on, but a deal is never done until it’s done.”

She went on: “It’s a case of ‘go big or go home’ because the rule changes, legislation and compliance have made it very difficult for small firms to do what they need to and make a profit.

“There are a lot of good solicitors out there, but it’s difficult for them to be good and be managers as well.

“I’m a professional manager, not a lawyer, though I have always worked in the legal profession. Why have good lawyers performing roles that can be done better by other people?”

Ms Cameron said Steed & Steed had seven solicitors and 37 staff, bringing the staff total at FJG to over 200 and the number of offices to nine. Previously FJG had six offices in Essex, the latest opening last month, plus one in London.

The expanded firm will become part of the FJG group and operate under the name of Fisher Jones Greenwood, led by chief executive Tony Fisher and Ms Cameron.

Unveiling its investment in FJG last summer, Blixt said its vision was to build a leading national law firm, concentrating on private client services and services to small and medium-sized corporates.

Ms Cameron said one of the advantages of private equity was that the law firm got to do “what we enjoy, building the business, but using other people’s money”.

She went on: “They’re supportive. We want the same thing – to keep building a well-respected, client-centric law firm.”

She said the pandemic had been a “major contributor” to the decision of FJB, an alternative business structure, to seek private equity investment.

The firm had just paid off five equity partners, but of the remaining seven, four were over the age of 60.

Since there was no appetite from younger lawyers to become equity partners, and the firm did not want to borrow money, it went out to the market, which turned out to be a “great decision”.

FJG provides a wide range of civil law services, having pulled out of criminal law several years ago, including legal aid in the context of immigration, domestic violence and care proceedings.