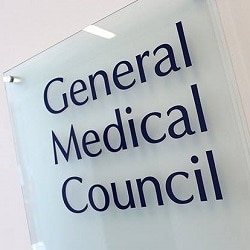 GMC: One strand of investigation can continue

A claim that a solicitor who is also a doctor provided dishonest advice to his clients can be subject to the General Medical Council’s (GMC) disciplinary process, the High Court has ruled

However, Mrs Justice Eady said the GMC could not continue to investigate a claim that Dr Oluwatoyin Ogunsanya dealt with NHS England (NHSE) rudely while communicating on behalf of the clients.

Although he was acting in the capacity of a solicitor, Eady J the possibility that he had been dishonest was capable of producing a finding of misconduct by the GMC.

Dr Ogunsanya and the firm of which he is a partner, City practice Taylor Wood, sought a declaration that the GMC had no power to investigate him in circumstances he was acting as a solicitor, not least because it was unfair to investigate matters which were covered by legal professional privilege (LPP).

Dr Ogunsanya, a solicitor-advocate, also works part-time as a general medical practitioner, and his counsel Jason Coppel QC, suggested his firm has become a “thorn in the side of NHSE” by bringing a number of successful challenges to its decisions.

They were instructed by two doctors in relation to an attempt by NHSE to terminate its contract with their GP partnership and also their challenge to a Care Quality Commission (CQC) decision to suspend registration of their GP practice.

Dr Ogunsanya faced two allegations from the GMC, after three others were dropped, the most serious being that he told his clients that a doctor had agreed to continue supervising their practice while they pursued the CQC appeal.

This allowed them to continue working – to do so without a ‘caretaker-doctor’ in place was in breach of their suspension and an offence. One of the clients testified to this effect before the First-tier Tribunal.

However, the caretaker denied that he had told Dr Ogunsanya this. The solicitor disputes what the clients say they were told.

Dr Ogunsanya was also accused of being rude and speaking “with a raised tone” when dealing with NHSE staff, and also sending a number of “forceful emails”.

The GMC said that, whilst the latter allegations “may not be concerning” on their own, “in the context of this enquiry, Dr Osunganya’s [sic] attitude and manner suggest a failure to show insight into regulation and are concerning”.

Eady J ruled that the GMC did have the power to investigate Dr Ogunsanya. Section 35C of the Medical 1983 Act provides that a doctor’s fitness to practise may be “impaired” by reason of misconduct, and the judge said impairment was not limited to conduct in a specific capacity.

“Although the conduct must maintain a link to the profession of medicine, it may occur outwith medical practice if it is conduct that would bring disgrace upon the doctor and thereby prejudice the reputation of the profession…

“The fact that there may be an overlap with another statutory regulatory regime (here the Solicitors Regulation Authority) does not, in my judgement, oust the jurisdiction of the defendant in this regard.”

This could mean that a person with dual registration could face separate investigation by two different regulators over substantially the same matter, Eady J acknowledged.

This could be relevant to the GMC deciding whether to continue the investigation, and in the case of a dual-qualified solicitor, “it may be necessary to have regard to the potential unfairness that might arise due to LPP issues”.

But at the initial stage of an investigation, the question was merely whether the allegation was capable of producing a finding of misconduct; if so, then it must be referred to the GMC’s case examiners.

Eady J said that although Dr Ogunsanya was acting as a solicitor, she could not say that the caretaker allegation “could not provide a proper basis for the [GMC] to find that the allegation was capable of producing a finding of misconduct for section 35C purposes”.

She refused to grant a declaration on that, adding that in the circumstances it was hard to see that LPP was an issue.

But “having regard to the litigation context” in which Dr Ogunsanya was communicating with NHSE, the judge said there was no proper basis for concluding that his actions in that regard could result in a finding of misconduct.

The allegation provided no link with his fitness to practise as a medical professional, and so Eady J declared that the GMC could not proceed with it.