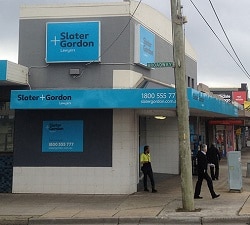 The recovery of Slater & Gordon’s UK business is going “slower than expected”, with trading results being adjusted downwards as a result, and the negative mood about the firm is now hitting its home business in Australia, it has admitted.

Its shares dived 26% to 20c – their lowest level ever – on the back of the announcement, which also included news that Slaters is seeking to recapitalise in recognition that it owes its banks more than the firm is worth.

In a trading update issued to the Australian Stock Exchange that appeared to be preparing investors for disappointing half-year results later this month, Slater & Gordon said that while progress was being made “in terms of aligning the cost base of the business to its future needs”, billed revenue performance in segments of the business was “lower than expected”.

Nevertheless, it said it expected its half-year results to be an improvement on the “prior corresponding period”.

This does not set the bar high, however, as the half-year results in 2016 saw it announce a loss of nearly £500m.

“The company is projecting stronger billed revenue results in H2 FY17 as it continues its UK performance transformation programme.”

Slaters said it would also be testing its UK goodwill values for “impairment” as part of the half-year results process. As at 30 June 2016, there was A$327m (£202m) of goodwill on the balance sheet relating to its UK business.

“Recent trading experience and the slower-than-expected recovery in the UK have caused the company to adjust expected trading results from the UK downwards, and this is likely to have an adverse impact on assessed asset values.”

Group cash flow has improved, but remains a “challenge” and the results will show a continued net cash outflow, it added. In the second half of 2015-16, net outflow was A$21m, having been A$83m in the previous six months.

Slaters is negotiating a recapitalisation plan with its lenders. “It is clear that, based on performance expectations and liquidity, the continued support of the company’s lenders is fundamental, as current levels of bank debt exceed total enterprise value,” the update said.

The maturity date for the firm’s bank facilities is 2018, and there are a number of financial covenants and operational milestones that apply through the term.

According to today’s Sydney Morning Herald newspaper, Slater & Gordon has “pitched a life-saving debt for equity swap to its bankers”.

The article said: “Sources said the deal had been structured in a way to snuff out the impact of a $100 million-plus class action by restricting the assets that can been called upon in a settlement or court-awarded damages claims to the company’s insurance.”

The firm said that its Australian business has “more recently started to show signs of being impacted by negative sentiment about the business and increased competition in key segments”.

Its half-year revenue in Australia is expected to be lower than the same period in the previous financial year across both its personal injury and general law businesses.

“This is due to a number of factors, including lower workers compensation settlement rates and a relatively lower number of project litigation matters being concluded in H1.” However, it said the decline would be partly offset by a reduction in operating expenditure, and projected stronger fee results for the second half of the 2016-17 financial year.

“A performance improvement programme is underway in Australia to address areas of underperformance. The company will seek to ensure that the Australian business remains strong and continues to improve and grow over time.”