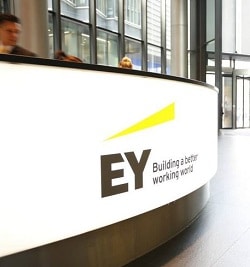 General counsel need to embrace technology and innovate in a “seismic” way if they are to endure an increasing bright spotlight from businesses eager to reduce their costs, a new report has argued.

Big Four accountancy firm EY found that more than eight out of 10 companies planned to reduce spending on their legal functions over the next two years.

By how much depended to some extent on headcount and location, but the global average saving expected was 11%.

Critically for legal departments, EY said they were in danger of falling behind other functions in the business when it came to innovation. Almost two-thirds of respondents felt that legal had not benefitted from innovation as much as HR, IT and finance.

Legal teams had to accept the need to innovate had to be “met head on”.

To save money, outsourcing and selecting alternative legal service providers were increasingly being eyed by businesses, particularly smaller ones, it said.

At the same time, a common problem facing legal teams was that much of the work was “routine or low-value tasks”.

The report described this challenge of attracting and retaining talent as “a perfect storm brewing”.

The global giant surveyed 1,058 “senior legal practitioners” across 25 jurisdictions from a wide range of companies, from the huge ($20bn annual revenue) to the large, turning over less than $500m a year.

Also, with no sign of regulatory and compliance demands easing, legal departments would need to perform at their optimum capacity, the report added.

It was vital that regulatory challenges were “anticipated and not underestimated”.

One of the ways in-house teams could protect themselves, the report said, was to make the most of data to meet a growing demand for management information.

It quoted Karl Chapman, senior advisor at EY Riverview Law, who said: “Legal departments aren’t islands. They are part of the business and its end‑to‑end processes.

“They can play a critical role in helping organizations achieve their strategic objectives, including by turning legal data into actionable business data.”

EY concluded by saying a “holistic approach” to digital transformation was required by in-house departments, under pressure to become more efficient and to optimise technology and talent resources:

“In the era of digital transformation, how the business views the legal function is changing. It is critical that the legal team remains aligned with the future strategy of the business and is seen as part of the whole, rather than operating in isolation.”

It stressed they had to embrace technology: “Failure to take advantage of innovative technology could make the legal function a weak link in the operational chain.”

He added: “So far, most legal functions have been resilient in dealing with changes over time. Today we see they are starting to adapt to meet shifting paradigms.

“Finding the right balance of technical expertise, work allocation and efficient technology utilisation will remain the paramount challenges of this critical transformation process.”