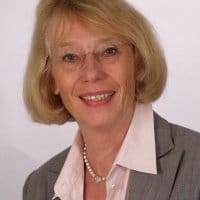 Both male and female lawyers have experienced a worrying level of bullying and intimidation, according to a massive international study, while diversity policies have failed to help women achieve equality in legal practice.

Three decades of diversity policies had been largely unsuccessful, it concluded.

The study, Women in commercial legal practice, was carried out by the International Bar Association’s (IBA) policy and research unit and published last month. It included a survey of almost 6,000 lawyers, of whom over 4,000 were women; the largest response ever to any IBA survey.

It found that, since the 1970s and 1980s, women’s entry into the law had expanded greatly, along with the profession itself. The estimated global lawyer population increased from some one million in 1970 to five million in 2010, a doubling of lawyers every 18 years.

However, the number of women occupying senior positions, particularly in the commercial field, remained stubbornly low, the report found, adding: “Discrimination against, and sexual harassment of, women continues to be a significant problem.”

This was true equally in civil law and common law countries.

The report said that diversity policies introduced to help women over the past 30 years had largely failed because they identified women as the problem.

It explained: “Most likely, this is because such policies are designed to help women… to fit into the existing workplace rather than reviewing the structure of the workplace.”

Law firm managers were therefore encouraged to “conduct thorough reviews of the structure of their law firms… [including] law firm culture, business practices…  job allocation, pay scales and professional ideology” to identify the “structural barriers that impede the progress of women”.

It highlighted the practice of the formal, transparent sponsorship of women lawyers by senior partners within firms – rather than simply mentorship – as being particularly effective.

Flexible working arrangements should be overseen by senior managers and carefully monitored. Millennials – that is, the younger generation of lawyers – should be involved in any review of the work environment.

The survey suggested “alarming levels of bullying and intimidation”, affecting almost 50% of women and 30% of men.

This was “unacceptable in any profession, but particularly one that considers itself as integral to the pursuit of the rule of law and justice”, it said.

In her introduction to the report, Ulrike Schultz, a senior academic at FernUniversität in Hagen, Germany, said: “Although formal entrance barriers have been dismantled, the famous ‘glass ceiling’ for women is still solid… Only a minor percentage of women make their way to full partnership status…

“They tend to do the less visible work in the back room; their male colleagues in the front office, with access to more client contacts and better possibilities for rainmaking.

“Women are less specialised, or specialised in the less remunerative fields.

“Women’s asset is their academic capital; their deficiency their social capital, which does not fit the traditional law firm structure.”