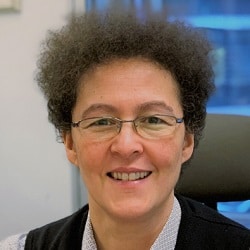 An expert witness has apologised to the High Court after being told by a judge not to treat giving evidence in court “as a game”.

Insolvency and Companies Court Judge Barber said forensic accountant Trevor Slack’s expert report was of “very poor quality” and instead, of backing his valuation of a personal styling business at £1.4m, found it was only £3,230.

The judge said one of Mr Slack’s responses during cross-examination “was so astonishing that he had to be reminded by the court that he was giving evidence under oath and that the court process was ‘not a game’”.

He then twice apologised to the court for his answer.

When asked why he had made no adjustment to the figure for the company’s operating profit to take into account stylist Caroline Stanbury’s salary, Judge Barber said the expert replied that his £1.4m valuation of the company “should be treated as capitalised wages” and Ms Stanbury had “got 10 to 15 years wages in advance”.

Judge Barber went on: “As Mr Trollope [QC for Ms Stanbury] remarked at the time, this was ‘utter and total nonsense’.

“It was at this stage that I reminded Mr Slack that he was under oath and should not treat the giving of evidence in court as a game. He apologised.”

Mr Slack, from Griffins, said he had been told when instructed to value the former business, referred to as SC1, that liquidator Mark Reynolds “wanted to mediate and didn’t want to spend a lot of money”.

Mr Reynolds argued in his application to the court that the business of SC1 had been transferred to another company, SC2, in January 2013 “for no consideration”, and as a result Ms Stanbury owed another business £1.4m, based on an earlier valuation of SC1 carried out in October 2012.

Mr Slack, and accountant Ben Hobby from Baker Tilly for Ms Stanbury, were instructed to provide expert valuation evidence as to the value of SC1 in October 2012 and in January 2013.

Judge Barber said: “Mr Slack did not fare well in the witness box. His report did not stand up to close scrutiny and he had no persuasive answer to a number of key questions put to him in cross-examination.

“There were also points in his oral testimony at which he failed to comply with his overriding duty to assist the court.

“In contrast, Mr Hobby presented as an entirely credible expert witness with a keen awareness of his oath and his duty to assist the court. His report was extremely thorough.

“In cross-examination, he very properly stayed within the bounds of his report and research. I am satisfied that Mr Hobby did his best to assist the court to the best of his ability.”

Judge Barber said that in “broad summary”, the liquidator claimed that Ms Stanbury had transferred SC1’s business and assets “for no consideration to connected parties”, in breach of duties owed to the company.

Ms Stanbury argued that the application was misconceived and denied any wrongdoing.

SC1 was dissolved in February 2016 but restored to the register in March 2017 and Mr Reynolds appointed liquidator in May 2017.

Judge Barber ruled that alleged breaches of director’s duties relied on by the liquidator were “not made out”, nor had he made out his case on unlawful distribution of capital.

She added that Ms Stanbury had acted “reasonably, responsibly and with the greatest integrity” as a director of SC1.

“She assiduously sought and relied upon the advice and assistance of experienced lawyers and accountants at all material times. It is most regrettable that she and her family have been put through the stress of these proceedings.”