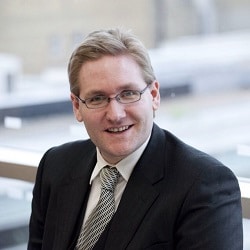 Paralegals should be given rights of audience to enable them to do more legal aid work, an academic has argued.

Adam Doyle, head of the law and criminology department at the University of East London, said “any future changes to legal aid policy should favour paralegals undertaking a larger amount of the caseload”.

Mr Doyle said the “potential positive impact” of giving paralegals rights of audience in the lower courts, “particularly for access to justice, is undeniable”.

In article for The Conversation UK website, a not-for-profit website partly funded by universities, Mr Doyle said that at a time when cuts to legal aid meant many people could no longer afford expensive legal fees, paralegals should take on more work.

He said the traditional view of a paralegal as “the unskilled version of a solicitor or barrister – doing much of the background paperwork but not representing a client by themselves or undertaking court work” was a “misconception” which “does disservice to the valuable work paralegals undertake”.

He said much of this growth was linked to the restrictions on legal aid introduced in 2013, which in turn has led to more litigants in person slowing down the courts.

Mr Doyle said that if paralegals took on more responsibility, they would need a different type of training and universities should be more involved.

“Some universities have already begun to do this – for example, seven universities already run law programmes that enable students to graduate with a diploma from the National Association of Licensed Paralegals.”

Mr Doyle said the introduction of the Solicitors Qualifying Examination (SQE) in 2020 provided an opportunity to embed key areas of paralegal practice “at all levels of an undergraduate degree”, with further development of “scenario-based” learning.

“In particular, this could include developing and assessing verbal skills in a courtroom setting. Such advocacy skills in a paralegal could prove invaluable for clients who can’t afford to hire a lawyer.

“There are calls for paralegals to get their own professional qualification on top of a law degree, but this will depend on how universities and law schools adapt now to the opportunities to adapt their courses.”