Give clients a cost benefit analysis of their cases, LeO says 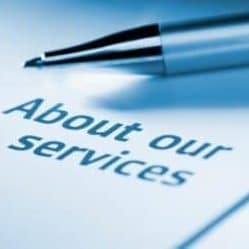 Fees: Clients need to understand why their lawyer has recommended a particular course of action

Lawyers must provide their clients with a cost benefit analysis so they can understand the choices available to them, the Legal Ombudsman (LeO) has said.

LeO also warned lawyers to be “crystal clear” over charging structures, whether they were fixed fees or hourly rates.

In a revised version of An Ombudsman’s View of Good Costs Service, LeO said 13% of the complaints it accepted in the financial year 2018-19 related to costs.

LeO said providing clients with a cost benefit analysis would allow them to make “informed decisions about whether it is in their best interest to continue with a case, and if so, how they should proceed”.

The service said it was important that clients understood why their lawyer was recommending a particular course of action.

“Keeping a good record of what has been agreed often resolves disputes before they become a major disagreement. We will look at the information given about costs as part of our investigation, whenever that is in dispute.

“However, simply providing the information isn’t always enough. It needs to be in a suitable format, presented in a way that enables the customer to understand what it means for them.”

LeO gave the example of an employment client, who paid £1,000 to a solicitor who promised to warn him if costs increased. The final invoice, for £5,000, was £3,000 more than the compensation awarded to the client.

LeO said the law firm had not managed the client’s expectations or given him enough information to decide if his case was worth pursuing.

Some clients who complained to LeO had “failed to understand the basis on which they were being billed”, which was “not helped” by the different fee structures on offer.

“Whatever charging structure a lawyer uses, we would expect the lawyer to explain how it works, and what it does and does not include. It must be crystal clear”.

LeO referred to a case study where a law firm agreed at the last minute to represent a woman at a tribunal for a fixed fee, but the hearing was adjourned. The client was billed for the fixed fee plus a further charge for the second hearing.

LeO ruled that although the firm had “carried out a substantial amount of work”, it should halve the fee for the later hearing because it should have told the client that “they would need to charge an additional amount for the second attendance”.

Lawyers should use their judgement to provide estimates, LeO said, even in cases where litigation was likely and it was difficult to be precise.

“We know that an estimate differs from a fixed fee, but not all customers understand this distinction. We therefore look for evidence that this has been explained.”

LeO said an estimate being exceeded would not automatically constitute poor service, but it would expect to see reasons and look for evidence.

On the new price transparency rules introduced by legal regulators such as the Solicitors Regulation Authority and Council for Licensed Conveyancers, LeO said firms should keep records of the information displayed on their websites and how it changed, in case of complaints.

“We recognise that you won’t be able to cover all the different circumstances that could affect the cost of piece of work on your website, but you might want to make it clear what the expected costs would be for a typical instruction and some typical things which would affect the price.”