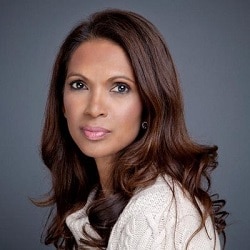 Businesswoman Gina Miller has turned to the “outdated” wills legislation in her latest campaign, calling for emergency measures to help people make wills during the Covid-19 crisis.

Ms Miller – who shot to prominence with her challenges to the government’s approach to Brexit – said the government’s failure to make it easier to complete wills at a time of lockdown and social distancing was “shameful”.

The government has resisted easing the signing and witnessing requirements of the Wills Act 1837, despite the surge in demand during the pandemic and the problems of executing wills. Emergency measures have been introduced in Australia, New Zealand and the USA.

Ms Miller has recently set up Messages of Love, a free ‘digital memory box’ to be opened in the event of the owner’s death, and commissioned a survey of 2,085 adults that found 58% did not have a will.

Nearly half of people supported temporarily allowing audio-visual witnessing or digital signatures (more the former than latter) when completing a will during the pandemic were temporary emergency witnessing laws enacted.

Ms Miller said: “Laws must reflect changes in society and be updated for the internet age we live in. The government has brought in temporary emergency legislation in other areas such as mental health during the pandemic, and we believe the peace of mind, emotional and financial security that can be gained by updating will legislation far outweighs any other concerns.

“This is not about money but people having the peace of mind that their wishes will be followed. It is shameful that this is not being urgently addressed by the government.”

Even without the pandemic, the research found support for being able record a will on video.

The campaign is supported by Baroness Helena Kennedy QC, the prominent human rights advocate. She said: “In situations of serious threat to life, it should be possible for someone to express their wishes verbally and have those wishes recorded in the presence of witnesses, or for voice recognition technology to be used for verification.

“People in extremis may want to give directions as to who should care for their children or receive assets. The law should accommodate this.”

Will-writing software company Arken.legal is also backing Ms Miller. Its head of legal content, Samantha Warner, said: “With the advances in technology, it is now possible to create a robust and comprehensive will remotely, and therefore complying with social distancing. The difficulty is in executing it…

“One area of particular concern to us at the moment is that of how inequitably unmarried couples are treated under the rules of intestacy and how vitally important it is that they should be able to create a valid will.”