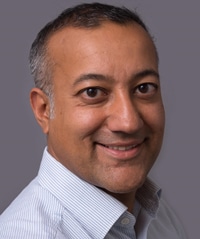 Mundi: Genus will hit London in next year

Genus Law, the Leeds-based alternative business structure formerly known as Brilliant Law that is backed by gambling entrepreneur Bert Black, has made its first acquisition.

Jag Mundi, chairman of Genus, said the purchase of niche employment firm Pharos Legal, was a “model for what we’re going to do going forward”.

Natalie Saunders, founder of Pharos, becomes head of the employment department at Genus Law. She is joined by associate Emma Hammond.

Mr Mundi, formerly a corporate lawyer at Gouldens (now Jones Day), said: “We are always in discussions with people because we have made it clear that we want to grow. Some of it will be organic, and some through acquisitions.”

He said the commercial firm would not limit acquisition targets to niche firms which specialised in areas such as intellectual property, but would include firms with “many disciplines”.

“The most important thing for us is that we find a cultural fit, and people who are interested in putting the customer first, rather than themselves. It means being transparent about what you’re charging and how you’re charging it. Most of the businessmen we know can understand a sensible conversation about structuring fees.”

Mr Mundi said he was not surprised that Genus Law’s first acquisition was a small boutique firm, but said acquisitions would be “much larger” in three years’ time.

He said Genus did not want to tie itself down to growth targets but would “for sure be in London within the next 12 months”. He said that expansion to other large regional cities, like Manchester or Bristol, was unlikely in the next 12-18 months.

“We have access to funds which traditional firms lack. Funding is not a constraint for us – it’s quite the opposite. It does not make sense to have a big pot of money just sitting there.”

The firm switched name from Brilliant Law to Genus Law this summer, and changed its strategy, moving away from private client and volume commercial work to focus on “growth corporates”.