General counsel should recast themselves as “force for good” 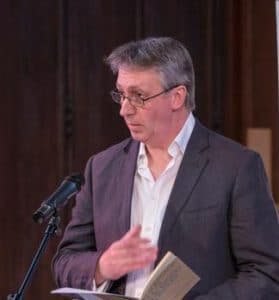 In-house lawyers should assert themselves as a force for good in order to boost their standing as respected professionals in the eyes of society, according to a leading industry observer.

This was the thrust of a report by former solicitor and mentor Paul Gilbert. He urged lawyers to be judged as having been “on the right side of history”.

In Lawyering with purpose – how doing the right thing can make your career thrive, written for LOD – the flexible lawyers business previously known as Lawyers On Demand – Mr Gilbert argued that a new era was approaching which would view harshly those associated with the damaging social, environmental, and other negative effects of businesses run badly.

Lawyers had “a vital role to play” in steering businesses towards making decisions aligned with the new thinking, he said.

“I think society needs business to reframe success so that it is not fixated on short-term sales figures, but makes a broader, more sustainable, more valuable contribution for customers, suppliers, employees, their families and the communities in which they operate.”

Lawyers could help them improve such things by being better employers, neighbours and custodians of the environment, as well as more transparent, accountable and ethical.

Mr Gilbert is a one-time general counsel of Cheltenham & Gloucester Building Society and set up consultancy LBC Wise Counsel in 2000.

He admitted he had “not so much navigated my [own] legal career as crashed it off the rat-racetrack before it was in top gear, abandoned the smouldering wreckage in a ditch and then thumbed a lift humming a chorus of ‘My Way’”.

But he nevertheless admired lawyers and wanted to champion the industry. He was attempting to guide lawyers to make a contribution to their colleagues, communities, and employers.

To achieve greater self-determination may mean taking difficult decisions and changing the way they worked, he acknowledged.

What was needed was a “cultural change in legal services”, in which lawyers were “contributing authors of what is sustainable and present the business case for this to be an attractive alternative”.

In-house lawyers had to ask themselves whether they were exacerbating a long working hours-based office mentality and, if so, refuse to adopt that mindset.

They also needed to assert their professional ethics rather than be subservient to employers; a compromise which often provoked an “identity crisis”.

Mr Gilbert asked: “Why do you want the business that employs you to refer to you as the legal team when you are for all intents and purposes part of the commercial operation?”.

He went on: “In our hearts we know that we have a wider purpose and for some it is even more important than purpose, it is a vocation.

“We have a regard and a respect for the importance of doing things lawfully. It is more important to us that the law is honoured than that we win the business by any expediency available.

“Almost all of us would rather walk away from a role than have our values compromised.”

Lawyers within businesses had to be willing to say ‘no’ and not always be ‘people pleasers’.

“To be a successful lawyer with a workload that is sustainably balanced between urgent and important things, the solution does not rest in some Holy Grail of IT, templates and if only we had an office junior.

“The solution is in having a purpose with boundaries that defines a valuable contribution for which you are happy to be accountable and on which the business can rely.”

He concluded: “It is not easy to change any behaviour, but it is impossible to change behaviours that are not part of our conscious interactions with the world around us.

“The more we can reflect on what we do, the more we increase the possibility that we can change.”