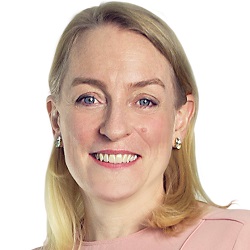 Dawson: We need to recognise outputs more than inputs

Women in the largest law firms earn a fifth less than men on average, and the gender pay gap is 50% wider than for businesses nationally, a Law Society analysis has found.

Since 2017. all businesses with 250 staff or more have had to publish gender pay gap information and the Law Society scrutinised the 41 largest law firms submitting data for the April 2020 pay period, for which the deadline for reporting was October 2021. The majority excluded partner pay.

It found that the discrepancy between salaried women and men based on hourly pay was 20% on average (the highest was 39%), slightly less than in 2017 but still far more than the national pay gap of 14%. The median gap was even higher, at 32%.

Although a similar number of both genders received bonuses in the April 2020 snapshot, men’s were 39% larger than women’s on average.

The report found that those law firms which narrowed the pay gap the most in recent years had certain common features, notably greater transparency and accountability than required by law.

This included reporting more detailed data, such as breaking it down to different levels – partners, associates, business services – and in different locations, as well as monitoring the profile of lateral hires and promotions.

There was also evidence of these firms engaging staff at all levels – including sponsoring women, reverse mentoring, leadership programmes and improved networking opportunities across the business – and taking steps to ensure equity in HR or pay policies, such as ensuring recruitment decision makers are diverse and well informed and scrutiny around work allocation.

Speaking at the Fiona Woolf lecture on the gender pay gap last night, Law Society President I Stephanie Boyce framed the gender pay gap figures in terms of the weak representation generally of women at high levels of the legal profession.

She highlighted that the sector had taken “gradual steps” towards pay parity but they were inadequate.

Giving the keynote address, Georgia Dawson, senior partner of Freshfields, said the pace of change was “too slow” and that the problem was not the number of women joining the profession, or their calibre, or the number of women in senior roles in-house practice, of which there were many. Instead it was the “ecosystem” of law – the courts, the judiciary and City law firms.

The legal profession had to examine the operation of the courts, chambers and private practice, she said, adding that the pandemic presented an opportunity to improve the situation.

Flexible working over the past two years had been “incredibly liberating” but had also revealed the “risk of dual-track careers” between people who were in the office and people who were not.

Ms Dawson continued that a key solution to improving the lot of women in legal practice was to abolish billable hours and recognise “outputs, not just inputs”. This meant fully appreciating the value of ‘soft skills’ such as good management.