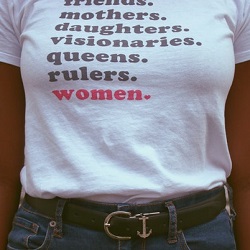 The change in demographics of the legal profession is only set to speed up, with men now making up just 31% of applicants for undergraduate law courses, according to figures from UCAS.

The number of female applications for law courses rose 41% in the decade to 2021, compared to just 2% for men.

Meanwhile, the proportion of applicants from EU countries slumped by 40%, but there was a big increase in applications from outside the EU.

Overall, almost one in 10 applicants to UCAS applied for law-related courses, whether pure or combined.

Women have been the majority of law students and newly qualified solicitors for some time, and became the majority of practising solicitors back in 2017. But they continue to lag behind badly in terms of being partners compared to men.

Women now make up 39% of the Bar, a figure also slowly increasing. Some 75% of chartered legal executives, many of whom did not attend university, are women.

The figures, taken from a freedom of information request and put together by criminal defence law firm Lawtons, show that the number of male applicants for law courses last year increased from 47,150 in 2011 to 48,065 in 2021.

The gender gap when law was offered in combination with other subjects was smaller, at 43% male/57% female of the 123,415 applicants.

Lawtons said the number of non-EU students applying to study law at UK universities had increased by 238% over the last decade, but EU applications to study law plummeted by 40% in a year, to 13,145 in 2021.

“A combination of pandemic-induced border controls and Brexit complications have doubtlessly played their part,” it said.

Nick Titchener, director at Lawtons, suggested that reports of spiralling salaries being paid in the City may have played a part in encouraging applicants, adding that it was “fantastic” to see so many overseas students applying to study law in the UK since the economy had reopened.

Dr Adrienne Barnett, senior lecturer in law at Brunel University, added: “International students bring a vibrant and diverse community to our campuses, which is immensely valuable for both home and overseas law students.

“UK universities and the legal professions benefit from the unique perspectives and talent of overseas students, particularly as our law schools are increasingly decolonising their curriculums.

“Overseas law graduates will, in turn, help to diversify the profession.”