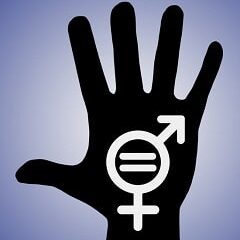 The legal profession is “making progress” towards more equitable gender representation at a senior level, but there is plenty of scope for improvement, new research has found.

The International Bar Association (IBA) said lawyers considered unconscious bias training the least effective initiative to bring about change, and quotas the least popular – but there was a recognition that quotas could be effective.

The IBA is a year into a nine-year global project, called the Gender Project, which aims to uncover and address the root causes of the lack of gender parity at the most senior levels of the legal profession.

Working with LexisNexis, it aims to provide a blueprint for achieving parity by 2030.

Flexible working arrangements were the most popular and perceived to be the most effective initiative. At the same time, the IBA found “little to no reference of how the policy impacts women in reaching senior levels of the profession”.

Quota setting was clearly the least popular initiative, with very low uptake across the board. However, 60% of those with quotas perceived it to be ‘somewhat effective’ in achieving outcomes, with the other 40% classed it as very effective.

By contrast, unconscious bias training was popular but “significantly more” respondents regarded it as not effective compared to other initiatives – even though there was evidence that unconscious bias still impacted the workplace.

Nonetheless, law firms remained committed to continuing with it and at the Bar, Essex Court identified an increase in female pupillage applicants – from 33% to 43% – in the time since it began unconscious bias training for recruiters.

The IBA found that many law firms set targets, with several referencing the aim for 30% female representation at partnership level by 2030.

It said Baker McKenzie’s goal to reach a global target of 40% women, 40% men and 20% flexible (women, men or non-binary persons) representation at partnership and leadership level by July 2025 “particularly stood out”.

The impact of target setting could be tangible too: Herbert Smith Freehills has increased the number of female partners across its global network by 67% since first setting targets in 2014.

Strategically, firms were also reassessing their partner promotion processes, such as by improving transparency around the criteria and processes for promotion, and assessing managers against their ability and track record of promoting their firm’s culture and values on diversity and inclusion.

The report added: “Supporting women to fulfil additional responsibilities without stepping back on their career progression is recognised as a critical aspect of achieving improved gender representation.”

The IBA said the public sector was leading the way with equality at a senior level “and has consequently moved its focus beyond gender-specific initiatives”.

Law firms and in-house were still “investing heavily in gender initiatives”, most of which are perceived to be at least ‘somewhat effective’ – but as several have been implemented for a relatively short period, “it is likely too early to assess their full impact”.