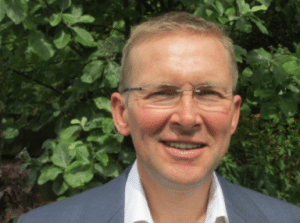 A former Addleshaw Goddard partner has set up a website to help in-house lawyers and law firms work together more effectively.

Richard Fleetwood, chief executive and founder of GC Hub, said the site was not designed as a “heavyweight instrument to drive down prices” and would be “balanced” in its treatment of private practice lawyers and in-house counsel.

The site has four main functions – compare, instruct, manage and improve. It allows law firms to be compared by work type, rates and ratings, and enables in-house lawyers to leave feedback on the service received.

It is aimed at the top FTSE 350 and equivalent-size companies and the top 120 law firms and new entrants. Mr Fleetwood said the first in-house lawyer profiles would be on the site by the end of the month.

Mr Fleetwood, a partner at Addleshaw Goddard for 17 years, said: “I was spending more and more time as a partner chasing work and fostering relationships rather than advising clients and doing deals.”

Despite producing “big fat documents” at short notice for potential clients, he said he would often not know why the firm had been unsuccessful in its tenders.

“We’re encouraging greater transparency. In-house teams will have much easier access to information about law firm providers, any special rates they offer and their current matters.”

Mr Fleetwood went on: “The business model is to make the application free to everyone for the next eight months. From 2016, it will be free to in-house teams. Compared to private firms in-house counsel struggle to get IT systems deployed, both for technology and cost reasons.”

Mr Fleetwood said it would be free for law firms to keep a profile on the site, but they would pay a “modest amount” to access premium features, like statistics and client feedback. He is also a director of Objective Manager, an online performance management tool for lawyers, based in Haslemere, Surrey.

Mr Fleetwood added that GC Hub’s objective over the next eight months was to get general counsel to put up their profiles, and later for law firms.

Nigel Goldsworthy, the former head of legal at Rolls-Royce, is a full-time director of GC Hub. “GCs are under pressure to do more for less and get a better deal for companies and shareholders,” he said. “This could save them an enormous amount of time.

“Legal is just a cost from the business point of view. A lot of the debate is about how you are getting value. At Rolls-Royce a lot of time was spent developing spreadsheets to demonstrate value to the finance director.”

Mr Goldsworthy said GC Hub would do much of this automatically, saving money and time.