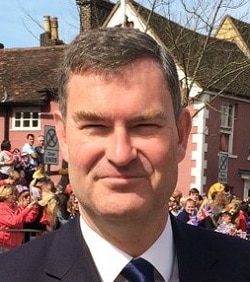 Gauke: Important to get this right

The government’s eagerly awaited LASPO review is unlikely to be published by July, which was the original goal, justice secretary David Gauke admitted today.

The Lord Chancellor has also made it clear that the Ministry of Justice (MoJ) would not be carrying out any of its own research as part of the review.

Speaking to MPs on the justice select committee this morning, Mr Gauke said the deadline of the end of July, announced last autumn, “looks ambitious, given the level of work”.

He said he wanted to reconsider whether the review was “deliverable” within the existing timetable, and said it was “likely that it will take us longer”. He added that it was “important to get this right”, but he did not want the review “slipping into next year”.

Pressed by Alex Chalk, barrister and Conservative MP for Cheltenham, Mr Gauke said the MoJ should be able to publish a revised timetable before too long.

Mr Gauke confirmed that the MoJ would not be doing any of its own research as part of the review and instead would be relying on engagement with stakeholders.

Mr Chalk asked whether “given the amount of criticism of the narrow evidence base which gave rise to LASPO in the first place”, there was a danger of the MoJ “repeating the mistake” by not doing its own research.

Mr Gauke replied: “I take your point, but I think our approach is reasonable”.

Mr Chalk asked the Lord Chancellor whether he believed access to justice was a “fundamental pillar on which our reputation is built”.

The justice secretary replied that it was “part of what we are”, but the MoJ had to make “some difficult decisions in terms of public spending” and it was still spending £1.6bn a year on legal aid.

He said the LASPO review panels were in the process of being set up.

“I want to ensure people have access to justice, but we have to step back and say, is it about particular buildings or necessarily doing things the way they’ve always been done?

“That’s why I’m keen to pursue court reform, making use of digital technology so more people have access to justice through technology.”

On Brexit, Mr Gauke said he was “not sure” there could be a separate agreement on legal services.

He said that although he was not a member of the government’s Brexit strategy and negotiation committee, he had attended some meetings on legal issues, such as recognition of judgments.

He added that the MoJ’s views were “fully reflected in the deliberations of government”.