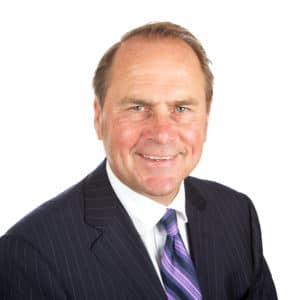 Partners in newly listed law firm Gateley will be able to sell 10% of their shares each year from next June as part of their five-year lock-in, it has emerged.

The admission document that Gateley published as trading began in its shares this week revealed a plethora of detail about its operation that is part and parcel of being a listed business and arguably makes it the most transparent law firm in the land.

Having gone public at 95p, the shares closed at 98p yesterday, having fallen back from an initial spike on Monday.

There are two ‘lock-in’ agreements. Under the first, the locked-in partners cannot sell any shares for a year, and for the following year can deal only through broker Cantor Fitzgerald Europe so as to maintain “an orderly market” in the shares.

Under the second agreement, the partners have agreed to be subject to claw-back and restrictions for five years. These provide that:

Gateley has been an alternative business structure (ABS) since 1 January 2014, and the document said the introduction of ABSs “has led to a greater focus on the needs of the end-user of legal services and, the directors, believe will ultimately re-shape the commercial mid-market as the demands of commercial clients create a need for an ever more relevant and value-based service offering.

“The directors believe the traditional LLP ownership structure has various inherent shortcomings; accordingly, in an evolving environment, the incorporation of Gateley and proposed flotation on AIM will provide substantial advantages to stakeholders.”

The firm told investors that becoming the first listed law firm in the UK gave it first-mover advantage. “The directors believe that admission, together with its ABS, will provide Gateley an immediate advantage over its competitors in terms of the ability of management to grow the business, organically and through further acquisitions, by expanding and adding to existing service lines and by acquiring complementary business services businesses.

“In addition, the AIM listing will provide the company the opportunity to use its shares as acquisition currency which its LLP competitors cannot.”

The admission document revealed more specific strategic goals, such as:

Other nuggets of information in the admission document include: