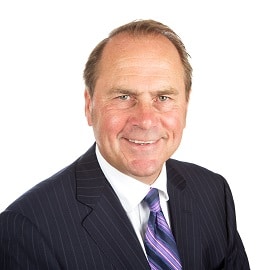 AIM-listed law firm Gateley is keen to explore acquisitions of further non-legal businesses, it said yesterday as it announced that the revenue in the six months to the end of October was up by almost 19% on the same period last year.

It has also poured millions of shares into an incentive scheme for partners and unveiled plans to introduce a share option plan for middle managers.

Mr Ward said the firm’s client base had started to benefit from its “complementary business service lines”.

He went on: “The reception from the marketplace to our enlarged service offering has been encouraging. We continue to explore acquisitions of further businesses providing complementary professional services to enable us to further diversify our income streams going forward.”

“In a market that continues to be challenging, the board has remained focused on the execution of our stated strategy of long-term organic and acquisitive growth,” Mr Ward said.

Mr Ward said Gateley would be “looking to enter into new arrangements with another firm in Scotland in the first half of next year”, after receiving notice of termination of its affiliation agreement with HBJ Gateley north of the border. Addleshaw Goddard is merging with HBJ Gateley.

The accounts showed that the firm recently made a significant addition to the stock appreciation rights scheme for partners.

This is a discretionary executive reward plan which allows Gateley to grant conditional share awards or nil-cost options to selected executives at the discretion of the remuneration committee. The awards vest after a three-year period, subject to the achievement of performance measures based on increase in the share price.

We reported recently that Gateley had introduced a ‘save as you earn’ share scheme for all staff and Mr Ward said that by the end of 2016 a company share option plan would be in place for middle management too.

Gateley said it would be increasing its interim dividend from 1.89p in October 2015 to 2.2p this year.