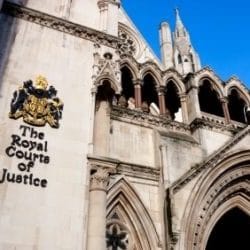 The High Court has found national law firm Gateley negligent in its advice to the owner of land in Nottingham that led to him missing out on some of the profits from its redevelopment.

Mr Justice Freedman found that the partner in charge gave unreliable evidence, with a crucial element based on a “false recall” of events – but he stressed it was common ground that Austin Moore was “not an untruthful witness”.

In 2012, Gateley acted for Moda Developments, with instructions provided by Richard Wilkinson, who did not have an interest in the company but whose children were its ultimate beneficiaries.

He instructed Mr Moore, who set up the Nottingham office of Gateley and is a former president of Nottingham Law Society. The judge noted that the two were close personal friends. Mr Moore left Gateley in 2013 to set up his own firm.

Moda entered an agreement with Mortar Developments (Nottingham) Ltd to redevelop land it owned in the city.

The dispute centred on the drafting of a participation agreement to replace a declaration of trust, which for reasons that were not entirely clear did not carry over an entitlement for Moda to receive 35% of the profits of a particular part of the development, called the Angel Row unit.

Freedman J said Mr Moore had “a very large caseload” at the time which may have “imposed strains on his ability to service his work adequately”.

He added: “Like many solicitors in transactional business, his contemporaneous notes left a lot to be desired, which he accepted.

“It also came over that he was a little casual in his communications, speaking too freely to Mr Monk [Mortar’s director]. This confused the instructions which he was getting from Mr Wilkinson.”

The judge said Mr Moore “did not deliver to the standards that were desirable in the context of the instant transaction”, such as failing to send each draft of the participation agreement to his client, “particularly when he acknowledged that Mr Wilkinson was the sort of client who would read each document which he received”.

The contemporaneous documents showed Mr Moore’s evidence to be “unreliable”, the judge continued.

“First, each of his communications in writing referred to above were to the effect that the participation agreement was in effect replicating the shares in the declaration of trust…

“He advised about the development agreement as being ‘normal’ without any warning about the exclusion of the profit share from the Angel Row unit, and for the reasons above, it is obvious that this was not normal.”

Freedman J said he was also satisfied that Mr Moore’s evidence – specifically that he recalled telling Mr Wilkinson that Mr Monk would not agree to Moda having a share of the Angel Row profits – was “based on a false recall”.

“It has the tell-tale words ‘This would have been orally by telephone’ (emphasis added) on the basis that it is based on reconstruction. He seeks to make out an argument as to why he would have expected Mr Wilkinson to be aware of Mr Monk’s views: this is entirely divorced from the contemporaneous documents.”

The judge found that the idea to replace the participation agreement with the declaration of trust was Mr Moore’s and it was “incumbent” on Gateley to ensure that it achieved that goal.

“It is accepted that Gateleys did not have a duty to advise as to the commerciality of the deal: Mr Wilkinson was a sophisticated client who needed less hand-holding than less experienced clients.

“However, this all seems irrelevant to the instant case. This is a case where the participation agreement as drafted did not carry forward the percentages from the declaration of trust.

“Further, it is a case where Mr Wilkinson was not provided with the draft of the participation agreement or the development agreement, such that he could not have known, on the basis of the finding in respect of the first point, that the agreement in its final form excluded the profit from the Angel Row unit.

“In my judgment, it was incumbent on Gateleys to provide the relevant agreements before they were executed or otherwise agreed, and it was also their responsibility to advise and warn Mr Wilkinson about the exclusion of the profit share in respect of the Angel Row unit.”

Freedman J decided that it was a loss of chance case, calculating that the likelihood Mortar would have agreed to revert to either the 35% share or a lower amount equated in total to a 22.75% share.

Mr Moore referred us to Gateley, but the firm declined to comment on the decision.