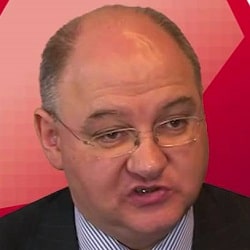 The former managing partner of Baker McKenzie’s London office committed “an extraordinary abuse of position” by sexually harassing a junior fee-earner in his hotel room, the Solicitors Disciplinary Tribunal (SDT) has ruled.

It said the harm caused to the fee-earner, ‘Person A’, was “devastating”.

“As a direct result of the incident in the hotel room, her career took an entirely different path. The emotional impact on Person A had been very clear to the tribunal during the course of her evidence.”

In her evidence, Person A – who reached a settlement agreement with the firm over what happened – said she felt that she was “cast aside” by Baker McKenzie “because she did not feel that she was as important to the firm as protecting its own reputation” and that of Gary Senior.

The tribunal issued a 113-page ruling on Friday following a high-profile hearing earlier this year that led to Mr Senior being fined £55,000 and ordered to pay costs of £48,000.

However, the firm itself, ex-partner Thomas Cassels and then head of HR Martin Blackburn were all cleared of misconduct.

In February 2012, having attended a university recruitment event, the group from Baker McKenzie went to a bar and a nightclub together, and on returning to their hotel went to Mr Senior’s room because the hotel bar was closed.

In the early hours of the morning, the others left but Mr Senior asked Person A to stay behind, after which he said he was attracted to her, and attempted to hug and kiss her.

The tribunal found that Mr Senior’s judgement was impaired due to alcohol but accepted that Person A had given “no indication of any interest” in him.

While at first Mr Senior may have convinced himself otherwise, the SDT said that once Person A told him his conduct was inappropriate, “he could no longer have held any belief that his attentions were in any way consented to”.

It went on: “[Mr Senior] had accepted that his conduct amounted to sexual harassment and unprofessional conduct. The tribunal found that his conduct during the incident represented an extraordinary abuse of position.

“The unequal balance of authority was critical to the context in which the incident took place… The tribunal was satisfied beyond reasonable doubt that [his] actions amounted to serious professional misconduct.”

This showed a lack of integrity and damaged the trust the public placed in the profession.

The SDT further found that Mr Senior tried to influence the conduct of the firm’s investigation after Person A complained, aided by the fact that Baker McKenzie employed an informal process.

It highlighted five instances of how Mr Senior did this, such as a “blatant attempt” to undermine Person A’s credibility by impugning her motives.

In an email to Mr Blackburn, Mr Senior “had not only stated that it sounded like Person A was after ‘a big pay-off’ who might ‘threaten to sue us’ but he had linked it to the suggestion that she had doubts as to whether a City law firm was right for her”.

Mr Senior also tried to influence who investigated him and sought to “limit or manipulate the information provided to decision-makers”. The firm gave him a written warning for his “serious error of judgement”.

But he was cleared of not reporting it to the Solicitors Regulation Authority. The SDT said it was clear he did not consider that he had committed serious professional misconduct, and noted that nobody at the firm had considered it reportable until at least 2015, when Mr Blackburn made a report on the basis of legal advice.

However, it rejected the argument that the absence of a report by anyone else was some sort of defence to an allegation of failing to report/self-report.

“There could be a situation in which a large number of people all made the same mistake. That would not mean that it was not a mistake. The relevance of the absence of a report by anyone else was on [Mr Senior’s] state of knowledge as to whether he had committed an act of serious misconduct that gave rise to a reporting requirement.

“It provided corroborative evidence of the fact that the question was not even considered by [him] and would not have come up in discussions with him.”

The tribunal found that, in his evidence, Mr Senior “had sought to deflect some of the more difficult questions so as to avoid scrutiny as to his actions. At all times he had sought to minimise his involvement and on occasion he had been evasive”.

The SDT said there should have been “a clearer and more independent process” for dealing with issues such as this, although it was “sufficiently effective” to ensure that Person A’s complaint was upheld.

It was “clearly unwise” for the matter to be handled by individuals so close to Mr Senior and this had led to errors of judgement and mistakes by Mr Cassels and Mr Blackburn, such as allowing him to seek to influence the investigation.

However, in relation to both men, the SDT accepted that they had acted in good faith and there was no evidence of any decisions that would not otherwise have been taken, or had only been taken, because of Mr Senior’s efforts.

In mitigation, Mr Senior’s counsel, Greg Treverton-Jones QC, told the tribunal that he had suffered “extreme mental distress” and already been punished twice, once in 2012 – the incident also ruined his chances of becoming the firm’s global chair – and again in 2018 “when he was effectively dismissed from the firm” after the press got hold of the story.

“Mr Treverton-Jones described this case as an ‘absolute tragedy’ in an otherwise stellar career. [Mr Senior’s] backstory was unusual. His father was a bus conductor and his mother a waitress. He had not been born with a ‘silver spoon’ – quite the opposite.”

In reaching a decision on sanction, the tribunal said Mr Senior did not pose a risk to the public, nor was there a significant risk of a repeat of his behaviour, so restrictions on his practice were not needed.

A Level 5 fine – the top band, starting at £50,001 – was appropriate as the conduct was “significantly serious, but not so serious as to result in an order for suspension or strike off”.

The SDT rejected the other three respondents’ applications for costs, finding that the Solicitors Regulation Authority had not acted unreasonably in bringing the prosecutions.