Gap between number of Bar students and pupillages grows wider 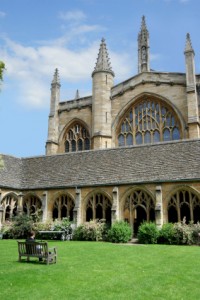 Oxford: more than a third of pupils studied here or at Cambridge

The number of students seeking to become barristers is rising sharply but pupillages are falling, with an Oxbridge education appearing to be of growing importance, according to Bar figures.

The second edition of the Bar Barometer report on statistical trends – published jointly by the Bar Council and the Bar Standards Board – showed that 3,099 would-be barristers applied to begin the Bar professional training course (BPTC) in 2010-11. This was 16% up on the previous year, yet at the same time first six pupillages – the first chance for BPTC graduates to work in chambers – fell by 3.1% to just 446. Second six pupillages fell by 3.6%.

A decline in the volume of criminal work available in future would affect the availability of pupillages disproportionately, since 28.6% focused on crime. Other significant work areas are employment (12.6%), family (11.3%) and general common law (12.8%). In a positive sign that the City might absorb some of the shortfall, commercial pupillages increased by 6% to 14% of the total. Chancery work constitutes 7.9%.

Meanwhile, there has been a big jump in the proportion of pupils who studied at Oxbridge colleges. In 2010-11 more than a third (34.5%) went to either Oxford or Cambridge. A year earlier, the figure was 23.7%.

In evidence of the advantage of privileged origins among prospective barristers, 81% came from professional backgrounds, compared to 55% a year earlier. Also, in figures that possibly suggest parental financial support, 22.5% of pupils reported they had no debt. Almost a third reported indebtedness of £20,000 or over.

For graduates who made it through pupillage, the prospects of working improved sharply. The number of tenancies increased by nearly 16% in 2010-11 compared to the previous year, and in the same period the number of employed barristers starting work was almost 12% higher.

Bar Council chairman Michael Todd QC, said “The publication of this valuable report… helps to fulfil our strategic aim of encouraging access to, and diversity within, the profession. Having ready access to this data enables us to be alert to trends in composition and retention. By monitoring changes in the profession we can make better informed decisions and marshal our resources to promote the future of the Bar.”

Bar Standards Board chair Baroness Ruth Deech added: “This year we have focused on training to become a practising member of the Bar. Analysis of the types of students who apply and successfully navigate the long training process gives us a valuable insight into the future of the profession.”