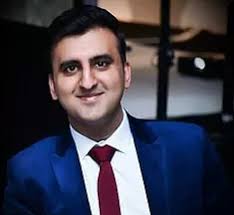 A lead generation website and connected mobile app designed to put younger consumers of legal services in touch with solicitors between appointments by tapping directly into their electronic diaries, will launch later this year.

Meanwhile, an artificial intelligence-backed business-focused panel of solicitors aimed at SMEs, Legista – which was featured last year by Legal Futures – has launched its website.

LawOn, a business that uses the tagline “the smart way to lawyer up”, is due to go live with its website lawon.co.uk in April, with an app following shortly afterwards. Its creator claims to have signed up 20 law firms already.

Describing itself as “a legal advice service that helps you track down a good lawyer and provides useful answers to burning legal questions”, the business expects to launch first in the north-west of England and cover family, property, wills and probate, and personal injury law.

It plans to integrate with a firm’s electronic diary, with solicitors making themselves available to answer queries and undertake mobile, web, or chat-based consultations between appointments.

If, after a consultation, the consumer wishes to instruct a lawyer, LawOn will take no further part in the transaction.

LawOn is the brainchild of solicitor Ismaeel Waseem, who said he expected to launch “a modern and efficient solution to obtaining legal advice and hiring a lawyer”.

He continued: “In a society that prioritises connectivity and technologically-driven ways of working, LawOn modernises the way you interact with a law firm.”

Speaking to Legal Futures, Mr Waseem, who is a consultant solicitor at Manchester firm JMR Solicitors and was previously a commercial and IP solicitor at north-west firm Forbes Solicitors, said younger consumers would find it simple to access the service.

“What we’re trying to do here is appeal to the younger generation and the ones who use mobile phones more than the older generation.”

He said the website was almost ready and that he was ironing out some technical issues. He expected subscriptions to be free in the first instance for “early adopters”.

He added: “It’s lead generation from the lawyers’ point of view. The differentiation between us and other platforms essentially is the ability to either see or speak with a lawyer and have that consultation via the platform.”

Meanwhile, the legista.co.uk web site has gone live, aimed at business customers. Unlike LawOn, Legista will have a built-in automated billing process. But both ventures say they will vet solicitors for legal skill and experience.

Separately, a comparison site, solicitor-compare.co.uk, launched in November and is up and running for road traffic accident work. It said it had 100 solicitors currently registered and planned to have coverage of seven other consumer areas of law “functioning very soon”.