The future of working in law: ‘agile’ lawyers, entrepreneurs and smaller firms 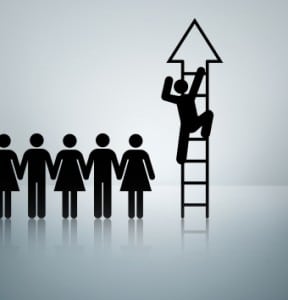 The legal profession is poised on the brink of an employment revolution that will unleash a “pent-up productivity” and bring it into line with other industries, a report has claimed.

The new world of legal work – commissioned by freelance lawyer network Lawyers on Demand, part of City firm Berwin Leighton Paisner – echoed predictions of the disruption of the legal market from other commentators, notably Professor Richard Susskind. The author, Canadian futurologist Jordan Furlong, argued that an era of “agile working” will enable law firms to increase their efficiency.

He drew an analogy with the car manufacturing industry, likening its early dependence on individual craftsmen rather than assembly lines and robots as “roughly where the legal industry finds itself today”. Law firms cutting back in an attempt to maintain profits was ineffective, “as clients find cheaper alternatives… or go without lawyers’ help altogether”.

Mr Furlong continued: “What many law firms don’t yet appreciate – but soon will – is that a more modern and efficient deployment of talent and systems to accomplish legal work not only reduces personnel costs, but more importantly, also increases productivity.

“The pent-up productivity potential of better infrastructure, workflow, and employment systems in the legal market is off the charts, and the employment revolution… will play a key role in unleashing those benefits.”

Private practice lawyers will increasingly be, for all intents and purposes, entrepreneurs, the report predicted. Some will continue in ‘sole practice’, although with much more specialised niche practices. High-quality project lawyers will evolve and compete to join rotating teams of professionals on an ‘as-requested’ basis, whilst others will develop hybrid careers such as ‘lawyer-knowledge curator’, ‘lawyer-analyst’, ‘lawyer-technologist’ or ‘lawyer-educator’, serving either fellow lawyers, clients or the general public.

Some will remain as permanent members of staff “if they are critically important partners or are en-route to joining those ranks”.

The way these new-look practices could work might include “blueprints guided by legal project management and flowcharts used by legal technicians, but also expert applications operating online and automated contract assembly engines”.

Physical offices would exist alongside “increasingly de-centralised, distributed and diffuse entities that assign tasks not to the highest available biller in the office, but to the most appropriate and best aligned performer, regardless of location”, while process-driven work such as the creation and review of documents would be outsourced, eventually perhaps to computers.

Crucially, the author said, firms of the future would see productivity in terms of “value provided to the client”, which would amount to “an enormous change in law firm culture”, which speeded “the trend towards flexible workers providing specialised value from the most effective locations”.

He compared the task facing lawyers with changing the tyres “on an 18-wheel lorry as it’s hurtling down the highway”, a move that had to be pulled off “in the middle of an historic economic slowdown”. But it promised “extraordinary” benefits.

Mr Jordan’s blueprint included performing both “a basic workflow analysis” and “an internal inventory of the skill and performance imbalances within your firm or practice group”, followed by a re-balancing exercise. “Could a competent but expensive full-time associate who’s willing to explore new options be transitioned to project lawyer status?,” he asked.

He predicted that obstacles to change would emerge and advised: “Start at the edges and work your way inwards, making progress on the easiest points first”. Existing recruitment strategies were probably out of date. A ruthless approach was necessary: “The hard truth is that associates who will not someday become your partners do not occupy a strategically significant place in your firm.”

On the other hand, obtaining employee loyalty would yield benefits “down the road”, so treating people well had much to recommend it strategically, as well as being the “right” thing to do.

Senior associates should change their mindset from the pursuit of security to one of independence. “Future legal employment will be agile and entrepreneurial in nature, rewarding the self-starter who builds a reputation for value, effectiveness and foresight. Project lawyer work will flourish, and individual lawyers with strengths or backgrounds in particular areas will be in demand.”

The author concluded that while lawyers and firms would be unwise to abandon caution in responding to the challenges he outlined, alternatively, “refusing to acknowledge that fundamental changes in society, markets and technology are bringing an end to the methods of law practice and legal service delivery that lawyers have embraced for decades” risked “a short road to ruin”

Simon Harper, co-founder of Lawyers on Demand, said; “The rise of agile employment is already having a huge impact on the way lawyers, firms and clients engage with one another… Agility will soon become as commonplace a labour concept in law as it is in many other industries. We now have the means and motive to re-design how we work to a degree unprecedented in the profession’s history.”

The report forms part of a wider Berwin Leighton Paisner initiative running throughout 2014 and exploring ‘A Future in Law’ from different perspectives.