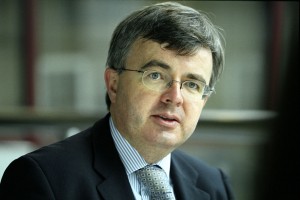 Kenny: some disappointment over new code

The future of the cab-rank rule is still up for debate despite approval of the new Bar Standards Board (BSB) code of conduct which includes it, the Legal Services Board (LSB) has warned.

The BSB is also set to raise the issue of a cab-rank rule for solicitors, it has emerged.

The continuing justification for the rule has been a source of conflict between the LSB and the Bar following research commissioned by the LSB. Chief executive Chris Kenny told the BSB this week that “approval of the Handbook does not in itself mean that we are concluding that the current rule operates in the public interest”.

In the LSB decision notice on the new code, which opens the door to barristers conducting litigation, Mr Kenny said the BSB still needs to demonstrate clearly that the overall effect of the cab-rank rule “is compatible with the regulatory objectives”.

He added: “The BSB indicated in its application that it intends to discuss with the Solicitors Regulation Authority whether a cab rank-type rule should apply to solicitors.”

Further, the BSB has agreed to review by March 2014 its policy position on the obligation to accept instructions in order to avoid any fact or perception of the rule not applying where commercial interests are at stake.

More generally Mr Kenny said that while the more outcomes-focused approach of the new code represents a “significant step-change for the BSB”, it was not as “purely outcomes focused as the codes of some other approved regulators”. Also, the LSB was disappointed that the BSB had not gone further “in removing rules that appear to be unnecessary, duplicative, overlapping or that repeat a concept using different wording”.

It was also unhappy that the BSB will only take disciplinary action against the core duties, and not the outcomes.

There was also a measure of concern about whether the BSB will be operationally ready to deliver the new regulatory approach – and particularly the arrangements for authorising barristers to conduct litigation – for 1 January 2014.

“There is a risk that the timetable may not be met, bearing in mind that developing and implementing new supervision and enforcement strategies over the coming year is a major task and forms only part of a stretching action plan for increasing the level of its regulatory standards more generally,” Mr Kenny said.