Furlong: Lawyers’ skills will be needed whatever the future 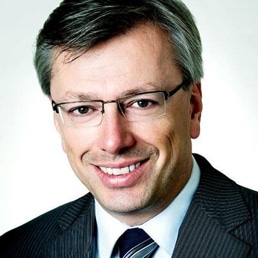 Furlong: By 2034, states will have taken over regulation of lawyers

Lawyers in the future will likely be more public-spirited and less focused on personal enrichment, but demand for legal skills will persist whatever the political context, according to one of the world’s premier futurologists.

He also forecast that the regulation of lawyers would be carried out by governments and bar associations would have almost disappeared.

Jordan Furlong, writing his latest thesis on the future of the profession in collaboration with flexible working pioneer Lawyers on Demand (LOD), predicted that general practice would wither, corporate law firms become fewer, larger and more profitable, non-lawyer specialists would play a bigger role in the law, and that regulators and professional bodies would be increasingly marginalised.

The rise of the low-paid ”civic lawyer” was his key short-term forecast, as generational and political changes brought about a greater focus on lawyers as protectors of rights, and technology reduced the number of high-paid jobs in the law.

In the long term, although he was careful to state that much might happen in the meantime to derail the forecast, he anticipated that a period of stability and growth might be replaced by climate change-related chaos.

This could mean lawyers were vital in mitigating the growth of authoritarian states.

However, he said the one constant in any future was that lawyers would be needed to help people deal with their everyday lives: “People will still have problems to be solved, questions to be answered, disputes to be settled, rights to be asserted, opportunities to be grasped, complexities to be simplified, anxieties to be calmed.”

He identified current trends as pointing towards a transformation in the practice of the law: “We’re leaving the era in which law was predominantly viewed as a safe, prestigious, private career, and entering one in which law is just as often considered a challenging, self-sacrificial, public career.”

While there would continue to be a smaller number of well-paid jobs in the commercial sector, he cautioned young people entering the law: “If your primary or even sole motivation for entering the law is to become a wealthy member of the financial and political elite, then we suggest you should start looking for alternatives now.”

By 2024, he forecast that the top firms of today would have “grown super-large through merger and consolidation”, and legal work disaggregated even faster, thereby “shifting many young lawyers towards careers with managed legal services providers — at salaries significantly lower than what their predecessors made as law firm associates, but with much better training”.

He imagined Amazon buying LegalZoom in the US, defeating challenges by regulators, thus signalling “the beginning of the end of lawyer control of the legal market”.

Government cut-backs would lead to “a mini-movement of ‘guerrilla lawyers’” who served disadvantaged communities, funded by private donors or charities – a move perhaps “more financially sustainable” than anticipated.

Overall, the period might be a watershed in which the profession evolved “from a protectionist guild of autonomous specialists to a more responsible, more civic-minded, and more inclusive service profession”.

By 2034, Mr Furlong expected the legal sector to be much different than today. The world’s economic powerhouses, India and China, would be busy recruiting lawyers.

‘BigLaw’ might consist of “massive… multi-disciplinary, legal and business advisory firms”, and advanced technology could “perform an astonishing range of legal tasks, employing legions of lawyer-technologists”.

General practitioners would by then be very few in number, while consumer law was “a complex web of online systems, information engines, problem-solving hotlines, para-professionals, and lawyers”.

Courts were mainly used for criminal and constitutional matters and family law was an “affordable government-run process” that took place mostly online and out of court.

Meanwhile, most traditional Bar associations had disbanded and law schools were either owned by large law firms or focused on community legal problems.

One thing Mr Furlong was certain about was that responsibility for regulating themselves would have been taken from lawyers and handled by the state instead.

Interspersed in the report were predictions from LOD lawyers. One forecast a greater emphasis on law and ethics by 2034, in an increasingly technological society.

Another expected a more fragmented legal services market would mean “it just wont be enough to be an expert on a particular area of law or expect clients to have the loyalty to firms they’ve had previously”.

By then, Mr Furlong imagined the range of lawyers’ work might involve “working in a regional or suburban law firm, serving smaller businesses based in your jurisdiction. Or you might be a sole practitioner with deep knowledge of obscure subjects that garners you consulting inquiries from all over the world”.

He declined to speculate much about 2044 and beyond, save to predict that climate change could bring both upheaval – and opportunities – for lawyers.