Funder refused permission to use privileged material in ‘fraud’ claim 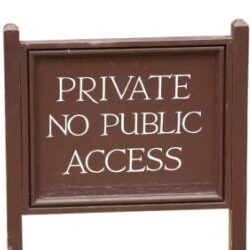 The High Court has refused a litigation funder’s bid to use privileged material to overturn a divorce settlement which it says deliberately provides no assets for the wife to pay the £1m she owes it.

Mrs Justice Roberts decided that there was already enough information available for the funder to argue at a forthcoming hearing that the financial remedy settlement should be set aside.

However, she also suggested that the Family Procedure Rules Committee reconsider the ‘absolute bar’ on the use of anything said or done at a financial dispute resolution (FDR) hearing in support of any separate civil action, as identified by Sir James Munby in V v W [2020] EWFC 84 in his interpretation of paragraph 6.2 of practice direction 9A.

She said: “It is an interpretation with which I respectfully agree for the reasons set out in this judgment, although I hope that the different underlying factual matrix of this case (and, no doubt, others) might provide a basis for revisiting when, and in what circumstances, that bar might be lifted where a case can be established for justifying the introduction into proceedings of material covered by the FDR privilege.”

Roberts J distinguished the case before her from V v W on the basis that there were no allegations of fraud made in the latter.

The unnamed funder, ‘Q’, is owed almost £1m by LS, the wife in what the judge described as “complex and highly contentious litigation” that settled soon after a private FDR hearing.

Q has been joined to the proceedings and issued an application to set aside a consent order which was sealed last year, having been approved by deputy High Court judge Nicholas Cusworth QC. The hearing is listed for March.

It is common ground that he was not made aware of either Q’s joinder or the fact that it had made an application to be heard prior to that final approval being given.

Q alleges that the settlement was a fraud on it, deliberately structured by the parties so as to leave the wife with no assets or entitlement to property or liquid funds from which her debt to Q could be met.

The funder has some of the privileged material generated in the proceedings and, in particular, for the purposes of the FDR hearing. It sought the court’s permission to admit at the set-aside hearing without prejudice offers and other materials from the FDR.

Roberts J said there was “no doubt” that the husband was aggrieved at the level of costs incurred by the wife.

“He is particularly concerned that a significant element of the debt due to Q has accrued as a result of costs which he perceives to have been run up unreasonably in the context of the defended Children Act proceedings.

“He has made it quite plain through Mr Todd QC that he does not consider that Q is entitled to any protection or preferential status within these proceedings.

“It does not need an invasion of the privileged FDR material to reach a tentative conclusion that this may (not must) have been one of the drivers for structuring the settlement proposals in terms of the offer accepted by the wife.”

Roberts J said the privilege was “clearly engaged” even though it was a private FDR arranged by the parties outside the context of a court-listed FDR appointment. There was no good reason to draw a distinction between the two.

“Such are the demands on the court system that timely settlements would not be achieved if every case had to take its place in the queue to secure oversight by a full-time judge of the division or a s.9 deputy authorised to sit in financial remedy disputes,” she said.

The judge highlighted the importance of the policy underpinning paragraph 6.2: “The entire system of FDR-resolution would cease to run as efficiently as it does if negotiations and discussions, often taking place over several days in a complex case, were at risk of being opened up to wider scrutiny as teams of lawyers picked over which aspects of those discussions and/or the written material generated for the FDR might be admissible for purposes unconnected with those negotiations.”

Equally, she acknowledged that Q’s success in the set-aside application “might well be facilitated in part” by the release of the privileged material.

But she said there was “already a wealth of material open to the court on that occasion (including the specific terms of settlement reached) which is either a matter of record or which is available as part of the evidence which has already been collected for the purposes of disclosure in the financial remedy proceedings”.

The absence of the privileged material would not “prevent or inhibit a full and proper consideration of Q’s claims”, she concluded.