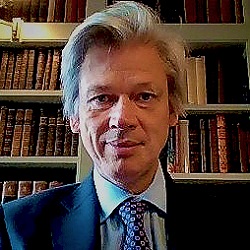 The funder of a law firm that went bust owing it £1.6m has failed in an attempt to recover the money from the practice’s professional indemnity insurer.

Mr Justice Butcher granted AIG’s application for summary judgment over the claim brought by Doorway Capital, ruling that the debt was not covered by the policy.

In 2016, Doorway, best known as the owner of national law firm Simpson Millar, provided London firm Seth Lovis & Co (SL) with a receivables funding facility of up to £1.5m – that is, funding advanced against certain unpaid bills.

SL, which ran a lot of cases under conditional fee agreements, went into administration in March 2019 after it ran out of working capital. The administrators’ report said it owed Doorway £1.6m, VFS Funding £3.2m, also against specific files, and RBS £3m.

In its claim, Doorway argued that it was a ‘quasi-client’ of SL, having appointed the firm as its agent to collect receivables.

Between late 2017 and late 2018, it said, SL received nearly £2.1m in fees into its client account but only transferred £400,000 into Doorway’s nominated account, in breach of trust and/or fiduciary duty.

In granting AIG’s application for summary judgment, Butcher J held that the liability did not arise from the provision of services in private practice by SL, as required by the insurance policy.

He said SL was not providing services as a trustee to a client, nor in connection with services provided to a client. Doorway was not the firm’s client – indeed, it was “no accident” that the funding agreement referred to it as Doorway’s client.

“SL was to hold sums on trust for [Doorway], not as part of or incidentally to a service provided in private practice, but as part of a mechanism to secure the repayment of amounts which, pursuant to a commercial agreement, [Doorway] advanced to SL for the purposes of its business,” the judge said.

Butcher J said he did not consider Doorway a ‘quasi-client’ of SL. This concept intended to capture “persons who fall just short of being clients of the solicitor’s professional services”.

The judge added that, even if he had decided there was prima facie cover, an exclusion in the policy would have kicked in.

This said AIG would have not liability to indemnify SL in relation to any “legal liability assumed or accepted by an insured under any contract or agreement for the supply to, or use by, the insured of goods or services in the course of the insured firm’s practice”.

Butcher J said there was “no real doubt” that this covered the funding agreement, which “provided a service, namely a facility to provide working capital, for the purposes of Seth Lovis’s practice”.

Last year, the Solicitors Disciplinary Tribunal struck off the eponymous Seth Lovis for taking money from two different litigation funders for the same cases – against the terms of the funding agreements – in an attempt to keep his firm operating “at all costs”.

The administrators’ most recent report, to 10 September 2021, said they expected to realise between £3.7m and £4.4m from the cases that were distributed to other law firms. There has been a long-running dispute over which funder has priority.