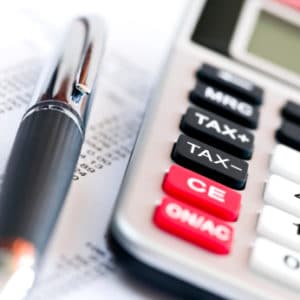 Tax planning is part of many firms’ strategy

The full distribution remuneration model is on the way out because law firms want to stockpile funds within the business, according to a survey.

Research from accountants Smith & Williamson showed the sharing out of all profits between partners is being phased out in favour of a more ‘corporate’ approach to bolster firms’ finances.

Half of all respondents said they were either retaining funds now, or considering doing so. It is the second year in succession that the survey of 119 of the UK’s top 250 firms has highlighted this growing trend.

With the current economic climate forcing senior management to assess their financial strength, holding back profits has become an accepted approach, the research suggested.

Smaller firms with 25 partners or less are leading the way, with a third retaining more funds in the practice. That compares with only 14% of larger firms with 100 partners or more having this in place – although a further third have it under review.

Smith & Williamson said the difference between the smaller and larger firms could be explained by the latter taking action in previous years to improve their balance sheets through capital calls on partners. In the last 12 months, 10% of the firms surveyed organised capital calls, with a further 12% keeping this option under review.

The retention of funds could also be to build a warchest to finance a one-off capital event – such as a property move or new office – the report said.

Giles Murphy, head of professional practices at Smith & Williamson, said: “The economic realities of tighter bank lending and debt becoming more expensive to arrange mean that full distribution is on the wane…

“Similarly, service companies are now mainstream, particularly among larger firms, while the complexities of introducing a corporate member mean only a minority of firms have these in place.”

Service companies are seen as the most effective arrangement for tax planning for the firm and partners. Just over half of respondents have introduced a service company and a further 20% are reviewing this option; they are “routine” for larger firms but non-existent among the smaller practices.

In contrast, only 13% of firms have introduced the more complex corporate member or are in the process of doing so, with another quarter considering it.

Apart from the smallest firms surveyed, a significant 70% of respondents across the board said that tax planning is part of the firm’s strategy to lower the overall tax rate for partners.

Pamela Sayers, Smith & Williamson professional practices tax partner, said: “With the recent availability of alternative business structures, we are also seeing firms considering the real value of their business, including ownership, to potentially obtain a capital sum depending upon what type of structure is adopted.”

However, the research showed that when it comes to pensions, the onus is very much on the individual partner.

Only 14% of firms surveyed said they paid for partners to get advice on income in retirement. The remaining 86% confirmed it is the sole responsibility of the partners to make their own provisions – yet two-thirds do not specify this in their partnership agreements.

The survey warned: “Allowing partners to make their own retirement choices – without any senior management oversight of the arrangements in place – could have serious implications for the future management of the partnership. Partners who have not made adequate retirement provision could end up in a situation where they cannot afford to retire, making succession planning more difficult.”