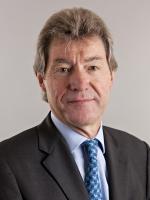 A FTSE-250 wealth management company is to launch an alternative business structure (ABS), it has emerged.

The ABS is owned by Rathbone Brothers plc, a venerable City institution whose origins date back to 1742 and which now has 900 staff in 14 offices across the UK and funds under management of more than £22bn. The licence was granted at the end of last month and becomes effective on 1 May.

The ABS’s HOLP is Matthew Wakefield and its HOFA is chartered accountant Ian Buckley, chief executive of Rathbone group’s trust and tax business. Mr Wakefield was admitted in 1999 and is one of two partners at Rooper & Whately, a niche trusts and wills law practice that also trades from 1 Curzon Street.

However, the company – whose 2013 results showed a 15% increase in profits before tax to £44m – has yet to elaborate on what its plans are for the ABS, despite several calls from Legal Futures. It has sought no publicity for launching the ABS to date and not made an announcement to the stock exchange.

Earlier this week, Rathbone Brothers added a further £2.8bn of assets to its management portfolio when it purchased the private client businesses of two fund managers, Jupiter and Tilney. It paid more than £57m for the acquisitions.

The deals are using up most of the surplus capital allocated by the company for acquisitions, and so Rathbone also announced that it has raised a further £24m from a share placing to fund future purchases.