From click to court – is this the first ever automated brief to counsel? 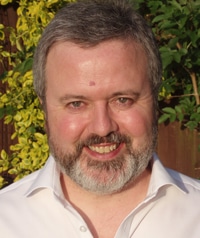 Langan: case instils confidence that this is the future

What is possibly the first ever automated brief to counsel has been claimed by unique online legal service Road Traffic Representation (RTR), Legal Futures can report.

Claire Burtwistle, a barrister at Old Bailey Chambers in London, defended a client charged with three motoring offences arising from an accident in a car park, having been briefed by the client through the site.

As first reported on Legal Futures last October, RTR employs a sophisticated artificial intelligence to replicate the process a client would go through with a solicitor. It provide users with a free diagnosis of the likely penalties if convicted, whether there are any prospects of a defence, and then paid services, from pro forma letters to telephone advice and ultimately the ability to instruct counsel automatically. It is the brainchild of solicitor Martin Langan.

This was the first case it has run from initial enquiry to disposal at court, with the online process automating virtually the entire matter.

After taking telephone advice, the client decided he wanted representation in court for his guilty plea. He was advised automatically of the cost and paid online, which triggered the involvement of Old Bailey Chambers, which partners with RTR either to provide representation from one of its barristers or secure the services of another from a network of chambers.

Old Bailey is required to allocate a barrister within an hour, who in turn downloads the brief, which in the case was an eight-page PDF including the information provided by the client, the automated diagnoses, notes of the telephone advice, details of the pleas and notes on mitigation (produced via the client’s answers to guided questionnaires) and a statement of means containing automatic calculations.

Mr Langan said he had expected it to take a year before a case went all the way through the process, and so he is ahead of schedule. “Significant numbers of people are visiting the site daily and making good use of the free penalty and defence diagnoses. This, and the early milestone reached last week, along with a steady stream of paid for telephone advice requests, instils confidence that the way that I am delivering legal services will become mainstream.” He plans to extend the concept to many other areas of law.

He continued: “I set out to provide a service by which a client would not pay for the pure process of applying the law to the facts of their case and that they would elect to pay only for such services that add real value to them, in this case the reassurance of one-to-one telephone advice and being represented in court by a skilled advocate.”

Mr Langan said the best part of the process was the client’s lack of amazement at the service. “His matter-of-fact assumption that such a service would be available was the biggest boost he could give me. The client was… a man in his late thirties who has probably experienced legal services at least once, if only on moving home, and who could be forgiven for thinking that traditional delivery methods were the only ones available.”

Ms Burtwistle said: “The system worked extremely well because Martin has set it up to ask the right questions. I felt better prepared than when I am sent information by solicitors and the client was clearer on what he was facing. The client was really pleased with the service and relieved that he got a good result.” She added that she was very happy with the fee involved.