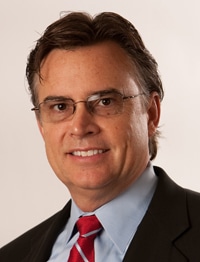 Jacoby & Meyers (J&M) – which claims to be the largest full-service consumer law firm in America – is to create a joint venture alternative business structure (ABS) as a vehicle to acquire UK law firms and become a “significant” player over here.

J&M said it is positioning itself to become the world’s largest privately-owned, full-service consumer legal group.

Jacoby & Meyers Europe Ltd is a joint venture with an affiliate of MJ Hudson, a niche private equity and corporate law firm in London that was set up in 2010 by Matthew Hudson with private equity loans. J&M described Mr Hudson as “the perfect mergers and acquisitions specialist” to serve as the chief architect for its European and global expansion.

Both sides are investing in the joint venture to seek law firm acquisitions in the UK and Europe. The company is likely to become an alternative business structure (ABS), with partner Keith Givens telling Legal Futures that it will then also seek private equity funding.

The company has eight lawyers in London scouting the UK and Europe for potential targets.

J&M has 135 offices in all 50 states, employing around 1,000 people. It pioneered TV advertising in the US and owns the website personalinjury.com.

Mr Givens said J&M would use some of the strategies it has employed in the US to build its UK presence, such as online legal forms and commoditised legal products.

J&M has been at the forefront of attempts to allow external investment in US law firms, starting legal actions in New York, New Jersey and Connecticut against the current ban.

Mr Hudson described J&M’s expansion as “a major disruption to the US legal profession’s status quo”. He said ABSs had allowed the UK to steal a “competitive march” on other countries, and that without allowing external ownership the US “is in danger of falling behind the rest of the world”.

“With ABS, traditional law firms will be able to compete for funding with US web-based, client lead generating companies as well as legal forms companies. These types of companies offer limited legal services and products, but are allowed to have outside investors because they are not considered law firms.”

“This is all about giving the public, especially lower and middle income clients, access to affordable, quality legal representation. Our ability to raise the capital necessary to serve the public is severely restricted in the US by an outdated rule of professional conduct. Now a significant part of our growth strategy will be based in London.”