From ABS to LSB – BT lawyer appointed to oversight regulator 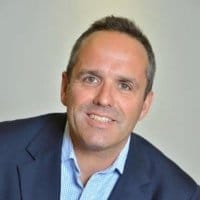 A senior lawyer at telecoms giant BT – which owns an alternative business structure – has become the newest member of the Legal Services Board (LSB).

David Eveleigh, general counsel of BT’s global services division and one of the legal leadership team for the wider BT Group, has been joined on the board by Marina Gibbs, the director of competition policy at Ofcom.

The new faces replace lay member Barbara Saunders and Andrew Whittaker, general counsel at Lloyds Banking Group, whose terms expired at the end of March. The LSB has also lost Stephen Green, who resigned from the board to take over as chairman of the Office for Legal Complaints, overseeing the Legal Ombudsman.

Mr Eveleigh started his career as an associate at City firm Ashurst and also serves as director of the European Competitive Telecommunications Association, which promotes a balanced regulatory environment for the European communications sector.

Ms Gibbs has been director of competition policy at Ofcom since 2007, where her focus is on competition in the fixed telecommunications market. Before that she worked as a strategy consultant for many years, latterly as telecoms partner at Spectrum Value Partners. She also provided commercial due diligence support to financial and trade investors in the telecoms and media sectors.

LSB chairman David Edmonds, who is himself leaving the board at the end of this month, said: “As part of our ongoing renewal of the board, I am delighted to welcome Marina and David. They bring high level skills and significant experience to the board’s work, and will be in a position to contribute immediately to our forward-looking agenda of regulatory reform and modernising legal services delivery.”

Sir Michael Pitt was last month named as his successor at the helm of the oversight regulator.